Most sediments eventually get transported into the oceans. In the sedimentary record, shallow marine deposits are the most abundant due to their large volume and the low erosion rates in those environments. Marine deposits above sea level are often uplifted by tectonics which exposes them to significant erosion. Shallow marine sedimentary deposits include storms, waves, and tides.

Storms produce both large waves as well as strong and irregular currents. The combination of waves with currents produces unique deposits that can be used to recognize ancient storms in a marine sequence.

Storms generally begin far from the shore and become stronger at the shoreline over time, then either die out or move on. Therefore, near shorelines storms tend to start with low energy flows and increase in speed until the first part of the storm is eroded away, then decrease back to lower energy flows. As the storm wanes, the coarsest sediment is deposited, then finer sand is deposited by waves and currents, and then wave ripples, and so on. The reverse of the sedimentary structures is seen as the storm approaches. There is typically a small amount of sediment deposited at the start of a storm due to some sediment having been eroded yet, and flow speeds increase over time. Consequently, there is typically no recorded of the first half of a storm sequence in the rock record. It is only the second half that is preserved. Storm deposits usually consist of an erosion surface with sediment of decreasing grain sizes upwards.

Hummocky and swaley cross stratification are deposited as a combination of strong currents as well as large waves unique to storms, and is only found in medium to fine sands. When currents wash eroded sand into an area with strong oscillatory flow from waves, rounded hummocks of sand accumulate on the sea floor separated by lows (swales). These rises are a few to 10 cm high and tens of cm across. Variations in current strength cause local erosion, and the locations of hummocks and swales changes over time. This produces erosional surfaces that truncate older laminae. HCS is characterized by low angle laminae truncated by low angle surfaces. There are many concave and convex up laminae and fewer flat laminae. 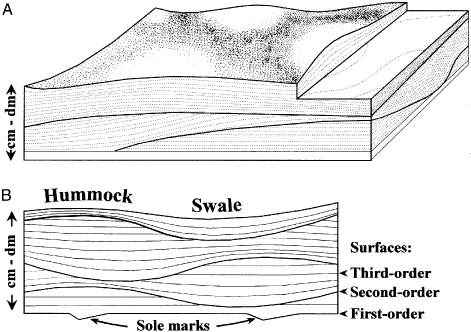 Figure 3: A diagram of a typical storm deposit.

It is important to know that waves have bi-directional flow every few seconds. The oscillating current in both directions is the same in deep water, however this is not always the case near the shore. Figure 4: Wave ripples, with a pen for scale.

Two key characteristics that are unique to tides are that flow changes direction once or twice per day, and the speed of flow is cyclical. The flow goes onshore, stops at high tide, then flows offshore and stops at low tide. There is a great deal of variability in tides depending on geography. Flow speeds vary, consequently producing different sedimentary structures. The main characteristic to look for is the variations in flow speed and direction. Another important point about tidal processes is that bi-directional flow can have varying speeds over hours.

Mud drapes are one type of sedimentary structure that can form from cyclical flow speeds. During slack tides (low or especially high), fine grained sediment can fall out of suspension draping tidal bedforms with mud. Since mud is cohesive, it does not always erode during the following tidal flow, particularly in the separation zone where there is a slow flow. Therefore, sand foresets coated with mud are very common in tidal environments. Summary: Waves, storms, and tides are processes that are unique to shallow marine deposition (including some large lakes).