Estuaries are coastal bodies of water where freshwater from land sources, such as rivers, and salty seawater mix. Estuaries have a barrier to the sea, similar to lagoons, that protects them from ocean energy, but, unlike lagoons, estuaries still connect with the sea. Because of this connection with the sea, estuaries are strongly influenced by tides (NOAA). 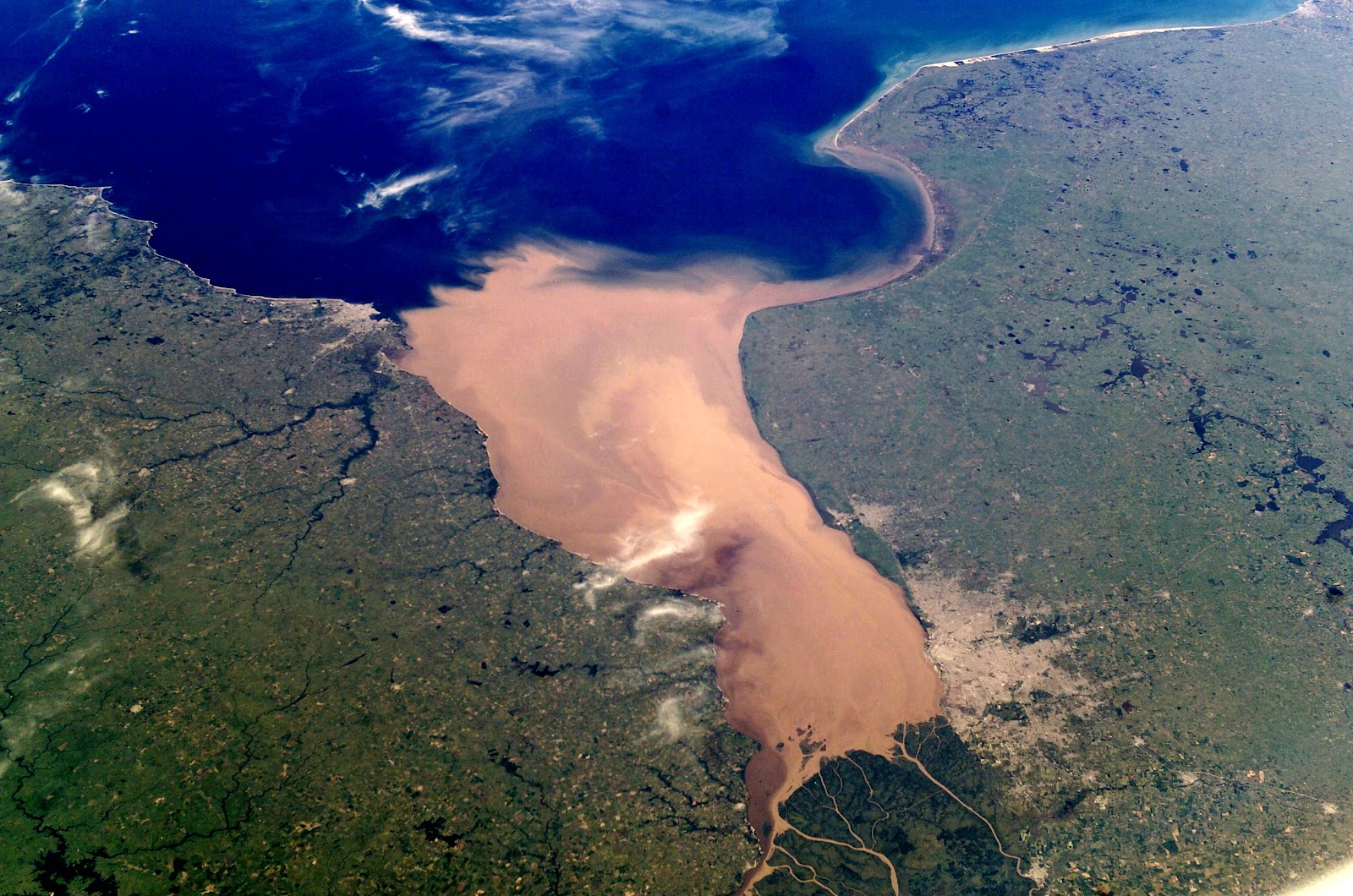 These tidal changes, along with seasonal changes in rainfall, cause estuarine environmental conditions, like water height and salinity, to fluctuate greatly (Nat Geo, NEEF). Having a wide range of conditions allows estuaries to be home to many different habitats and species (NEEF). Because the estuaries are mostly sheltered from fast-flowing waters, many small fish, shellfish, and migratory birds inhabit these waters. However, during storm surges, it is possible for ocean waves to enter estuarine habitats and disrupt the calm environment.

Estuaries’ unique environment makes them a busy location for human and animal interaction. Humans benefit from the beauty of estuaries and the food and resources they provide. Estuaries make great tourist attractions or harbors and ports. The mix of fresh and saltwater makes a great feeding ground and habitat for many types of wildlife (EPA).

The mixture of fresh land water and salty seawater also results in a mixture of types of sediment. The input of sediments from both upstream and from the ocean floor makes estuaries nutrient-rich and able to support wide communities of plants and animals (Nat Geo). Though estuaries have sediment input from both upstream rivers and from the ocean, most of the sediment is relatively fine-grained (McNally, pg. 3). The type of sediment and the abundance of it affects human and animal involvement with estuaries. Too much sediment makes it hard for plants to photosynthesis and limits human use of the estuary because too much sediment makes the estuary unsuitable for ship traffic. On the other hand, if there is too little sediment in the estuary then the land surrounding may begin eroding away and increase predation rates in some species (McNally, pg. 2). There are four main types of estuaries: coastal plain estuaries/drowned river valleys, tectonic estuaries, bar built estuaries, and fjords. Coastal plain estuaries form from rising sea level, which fills an already existing river valley with water, creating an estuary. Tectonic estuaries for on faults, where tectonic activity has created a space that can be filled in with water. The San Francisco Bay is an example of a tectonic estuary. Bar built estuaries are behind some sort of natural bar between the estuary and the ocean, such as a spit. Fjords are valleys that were, at one time, carved out by glaciers and were then filled in with water (ONA). Because estuaries are located at or near 50% of the world’s human population, they are vulnerable to a variety of threats from anthropogenic activities (Estuaries). Of these, the most pressing is pollution of the estuaries through the addition of human waste products as global populations expand. As the number of industrial processes, pesticides, herbicides, and synthetic fertilizer increases, it is inevitable that large amounts of these chemicals will end up in estuaries. 90% of pollutants that enter estuaries are from land-based sources, as opposed to marine dumping. These land-based pollutants such as sewage and fertilizers can contribute to organic loading can lead to depletion of oxygen levels in estuary waters. This can lead to death of fish and shellfish (Kennish 1994).

In addition to oxygen depletion, through the process of bioaccumulation, pollutants can build up in the tissues of living organisms. Heavy metals that enter the estuaries and enter the bodies of living organisms can hinder embryonic development and impede the function of numerous biological systems within the animal. Over time, this may cause irreversible changes to the ecosystem (Monserrat 2007).