WHERE VOLCANOES ARE LOCATED See if you can give a geological explanation for the locations of all the volcanoes in figure 1. What is the Pacific Ring of Fire? Why are the Hawaiian volcanoes located away from any plate boundaries? What is the cause of the volcanoes along the mid-Atlantic ridge?

Volcanoes erupt because mantle rock melts. This is the first stage in creating a volcano. Remember from the chapter “Rocks” that mantle may melt if temperature rises, pressure lowers, or water is added. Be sure to think about how melting occurs in each of the following volcanic settings.

Why does melting occur at convergent plate boundaries? The subducting plate heats up as it sinks into the mantle. Also, water is mixed in with the sediments lying on top of the subducting plate. This water lowers the melting point of the mantle material, which increases melting. Volcanoes at convergent plate boundaries are found all along the Pacific Ocean basin, primarily at the edges of the Pacific, Cocos, and Nazca plates. Trenches mark subduction zones, although only the Aleutian Trench and the Java Trench appear on the map in figure 1.

The Cascades are shown on this interactive map with photos and descriptions of each of the volcanoes.

This incredible explosive eruption of Mount Vesuvius in Italy in A.D. 79 is an example of a composite volcano that forms as the result of a convergent plate boundary:

Why does melting occur at divergent plate boundaries? Hot mantle rock rises where the plates are moving apart. This releases pressure on the mantle, which lowers its melting temperature. Lava erupts through long cracks in the ground, or fissures. Figure 2. A volcanic eruption at Surtsey, a small island near Iceland.

Volcanoes erupt at mid-ocean ridges, such as the Mid-Atlantic ridge, where seafloor spreading creates new seafloor in the rift valleys. Where a hotspot is located along the ridge, such as at Iceland, volcanoes grow high enough to create islands (figure 2).

Eruptions are found at divergent plate boundaries as continents break apart. The volcanoes in figure 3 are in the East African Rift between the African and Arabian plates. Although most volcanoes are found at convergent or divergent plate boundaries, intraplate volcanoes are found in the middle of a tectonic plate. Why is there melting at these locations? The Hawaiian Islands are the exposed peaks of a great chain of volcanoes that lie on the Pacific plate. These islands are in the middle of the Pacific plate. The youngest island sits directly above a column of hot rock called a mantle plume. As the plume rises through the mantle, pressure is released and mantle melts to create a hotspot (figure 4).

Figure 4. (a) The Society Islands formed above a hotspot that is now beneath Mehetia and two submarine volcanoes. (b) The satellite image shows how the islands become smaller and coral reefs became more developed as the volcanoes move off the hotspot and grow older.

Earth is home to about 50 known hot spots. Most of these are in the oceans because they are better able to penetrate oceanic lithosphere to create volcanoes. The hotspots that are known beneath continents are extremely large, such as Yellowstone (figure 5).

Figure 5. Prominent hotspots of the world.

A hot spot beneath Hawaii, the origin of the voluminous lava produced by the shield volcano Kilauea can be viewed here:

Volcanoes are associated with many types of landforms. The landforms vary with the composition of the magma that created them. Hot springs and geysers are also examples of surface features related to volcanic activity.

The most obvious landforms created by lava are volcanoes, most commonly as cinder cones, composite volcanoes, and shield volcanoes. Eruptions also take place through fissures (Figure 6). The eruptions that created the entire ocean floor are essentially fissure eruptions. Figure 6. A fissure eruption on Mauna Loa in Hawaii travels toward Mauna Kea on the Big Island.

When lava is viscous, it is flows slowly. If there is not enough magma or enough pressure to create an explosive eruption, the magma may form a lava dome. Because it is so thick, the lava does not flow far from the vent (figure 7).

Figure 7. Lava domes are large, round landforms created by thick lava that does not travel far from the vent.

Lava flows often make mounds right in the middle of craters at the top of volcanoes, as seen in figure 8. 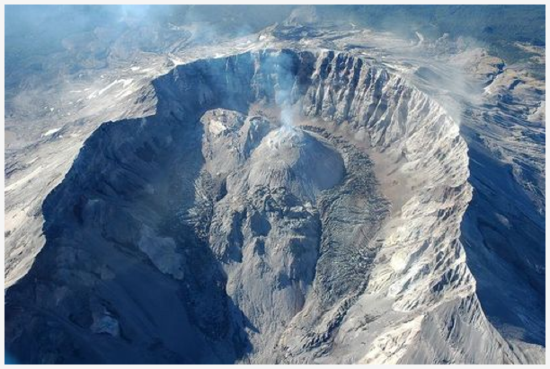 Figure 8. Lava domes may form in the crater of composite volcanoes as at Mount St. Helens

A lava plateau forms when large amounts of fluid lava flows over an extensive area (figure 9). When the lava solidifies, it creates a large, flat surface of igneous rock. Figure 9. Layer upon layer of basalt have created the Columbia Plateau, which covers more than 161,000 square kilometers (63,000 square miles) in Washington, Oregon, and Idaho.

Lava creates new land as it solidifies on the coast or emerges from beneath the water (figure 10). Over time the eruptions can create whole islands. The Hawaiian Islands are formed from shield volcano eruptions that have grown over the last 5 million years (figure 11). Figure 11. A compilation of satellite images of the Big Island of Hawaii with its five volcanoes.

Magma intrusions can create landforms. Shiprock in New Mexico is the neck of an old volcano that has eroded away (figure 12). Water sometimes comes into contact with hot rock. The water may emerge at the surface as either a hot spring or a geyser.

Water heated below ground that rises through a crack to the surface creates a hot spring (figure 13). The water in hot springs may reach temperatures in the hundreds of degrees Celsius beneath the surface, although most hot springs are much cooler. Figure 13. Even some animals enjoy relaxing in nature’s hot tubs.

Geysers are also created by water that is heated beneath the Earth’s surface, but geysers do not bubble to the surface — they erupt. When water is both superheated by magma and flows through a narrow passageway underground, the environment is ideal for a geyser. The passageway traps the heated water underground, so that heat and pressure can build. Eventually, the pressure grows so great that the superheated water bursts out onto the surface to create a geyser (figure 14). Figure 14. Castle Geyser is one of the many geysers at Yellowstone National Park. Castle erupts regularly, but not as frequently or predictably as Old Faithful.

Conditions are right for the formation of geysers in only a few places on Earth. Of the roughly 1,000 geysers worldwide and about half are found in the United States.