What is the Carbon Cycle?

The carbon cycle can be described as the flux of carbon between the Earth’s sediments, life, the atmosphere, and the ocean. The amount of carbon present within all these systems is always the same but the amount it can be in each form can vary with time and with increased human activities. 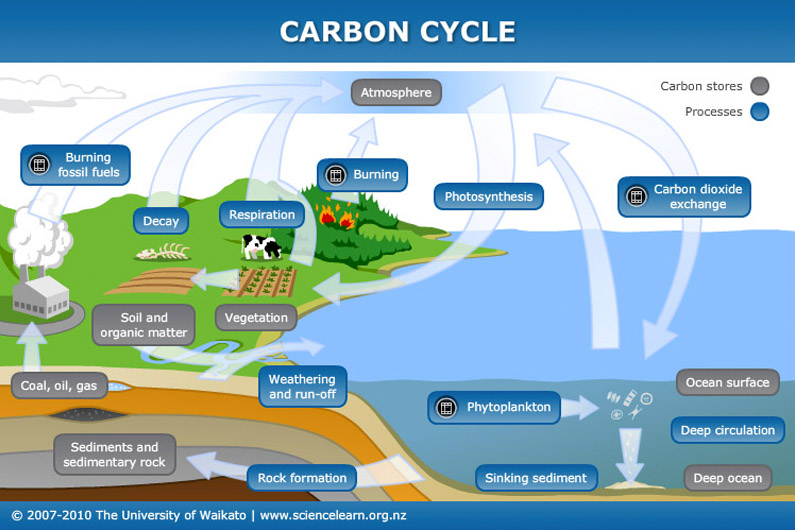 The Carbon Cycle: a map illustrating how carbon moved thought the environment.

As depicted in the figure above, we can see that there are multiple natural and unnatural sources of carbon dioxide present in the atmosphere, which release carbon. Some of these natural sources include respiration of macro- and microorganisms, the decay of organic material, and fire. Burning fossil fuels is an example of an unnatural carbon dioxide source. Carbon sinks, which absorb carbon, are also present in this cycle and include photosynthesis and carbon dioxide exchange with the ocean. The ocean takes in nearly 48% of all CO2 emissions from fossil fuel burning (NASA). Data produced by NASA describes how carbon moves throughout these pools described as the Geosphere (rock), Atmosphere (gases), Biosphere (life), and the Hydrosphere (water), at a constant equilibrium that has been thrown off-balance by the amount of anthropogenic atmospheric carbon dioxide emissions. We can’t rely on the ocean as a carbon source indefinitely; we know from studies that increased carbon dioxide is harmful to marine organisms, such as corals, and oceanic circulation cycles including thermohaline circulation. 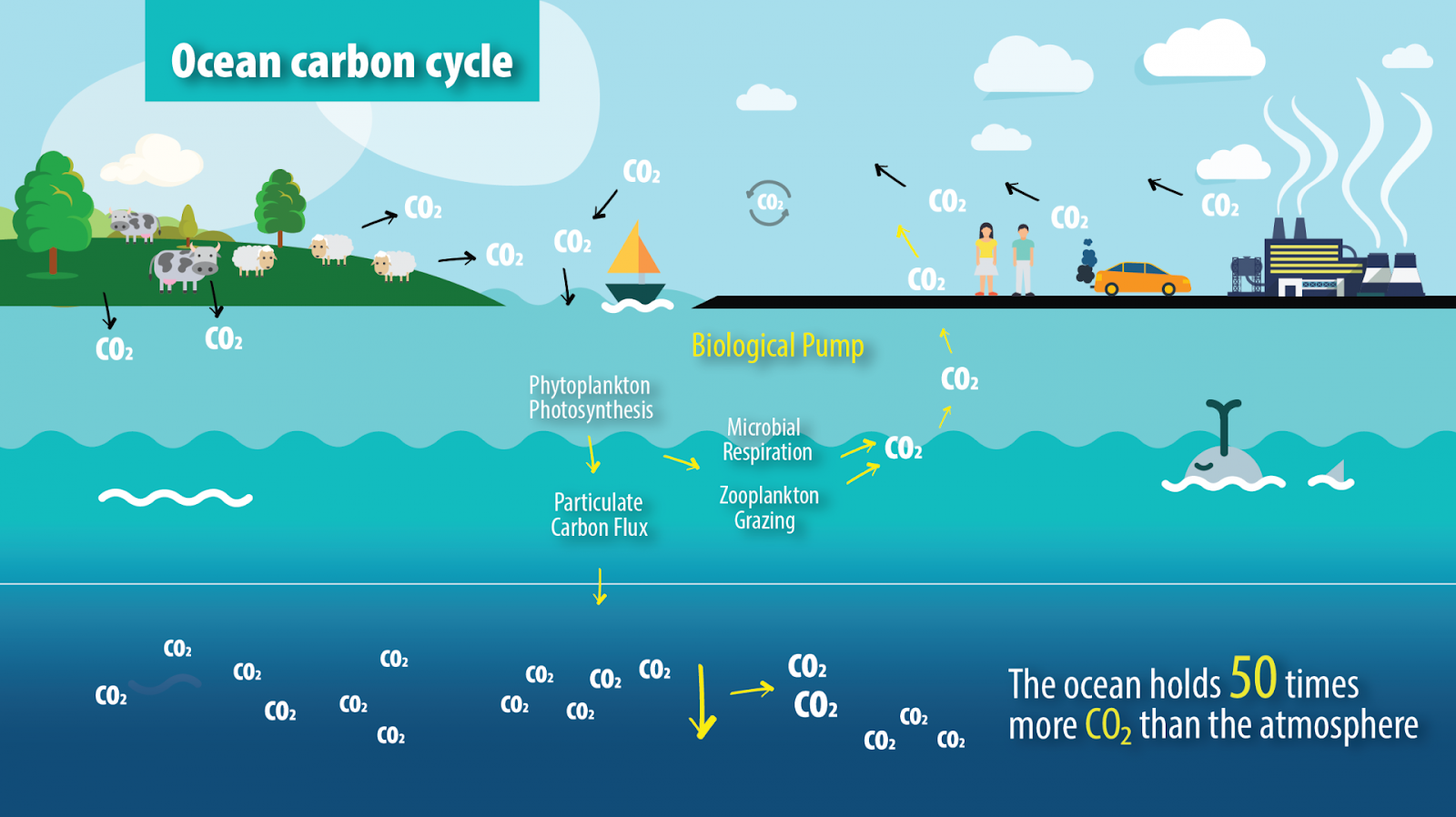 This image shows the global carbon cycle but with a focus on the ocean. Also, note the main organisms in the ocean that help facilitate the process. https://www.sciencelearn.org.nz/resources/689-the-ocean-and-the-carbon-cycle 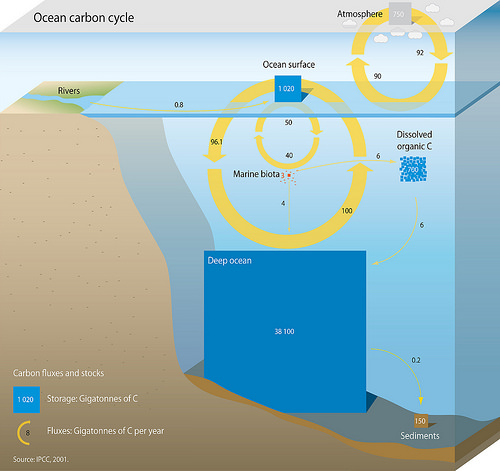 The distribution of carbon in the ocean varies starkly between actors in the carbon cycle. This will ultimately influence the global circulation of carbon. Note the differences in the amount of carbon stored between the deep ocean, surface ocean, and sediments below. https://en.Wikipedia.org/wiki/Oceanic_carbon_cycle 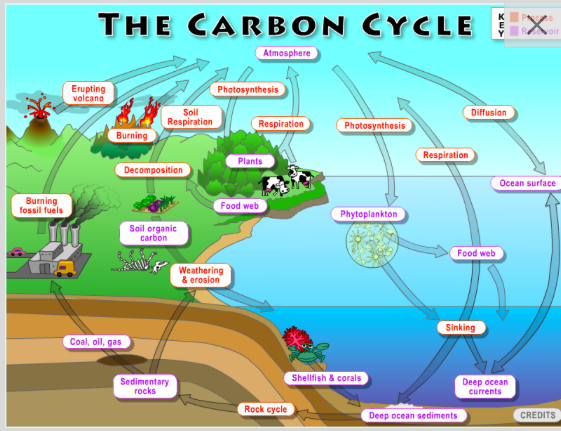 Use this interactive diagram to explore the various ways that carbon movies from the earth to the atmosphere, and the ocean.

Watch video this video to see the current state of our southern oceans and how the carbon cycle is being affected by climate change.

Here is a link to a Carbon Cycle Glossary