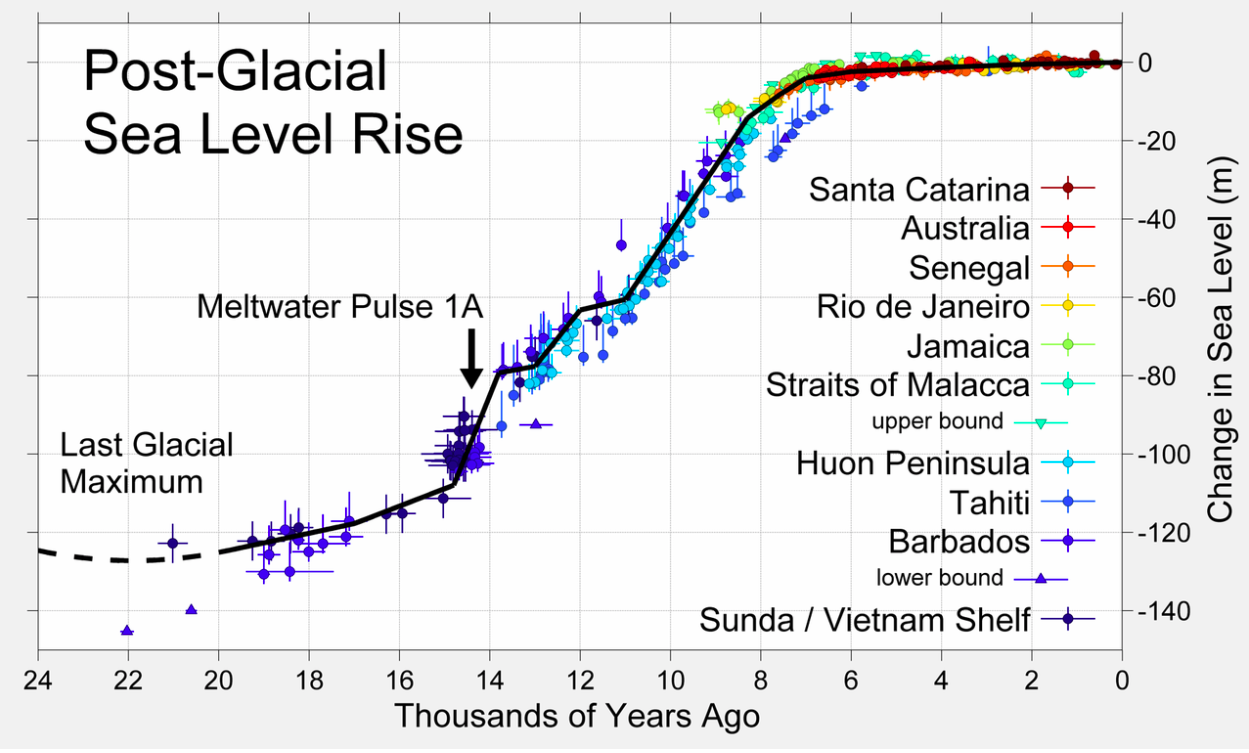 Post-glacial sea-level rise records throughout thousands of years allow us to see changes in sea levels across the globe (https://en.Wikipedia.org).

Recording sea level is important because that is how elevation and depth of the oceans are calculated. Scientists can also use sea level to keep track of how other climate factors are changing. Though natural global cycles contribute to sea-level rise over long timelines, anthropogenic activity is speeding up the process significantly. The burning of fossil fuels and other human activities contributes to an increased percentage of greenhouse gases in the atmosphere, which accelerates the ocean warming.

There are two main factors of global warming that contribute to sea-level rise: 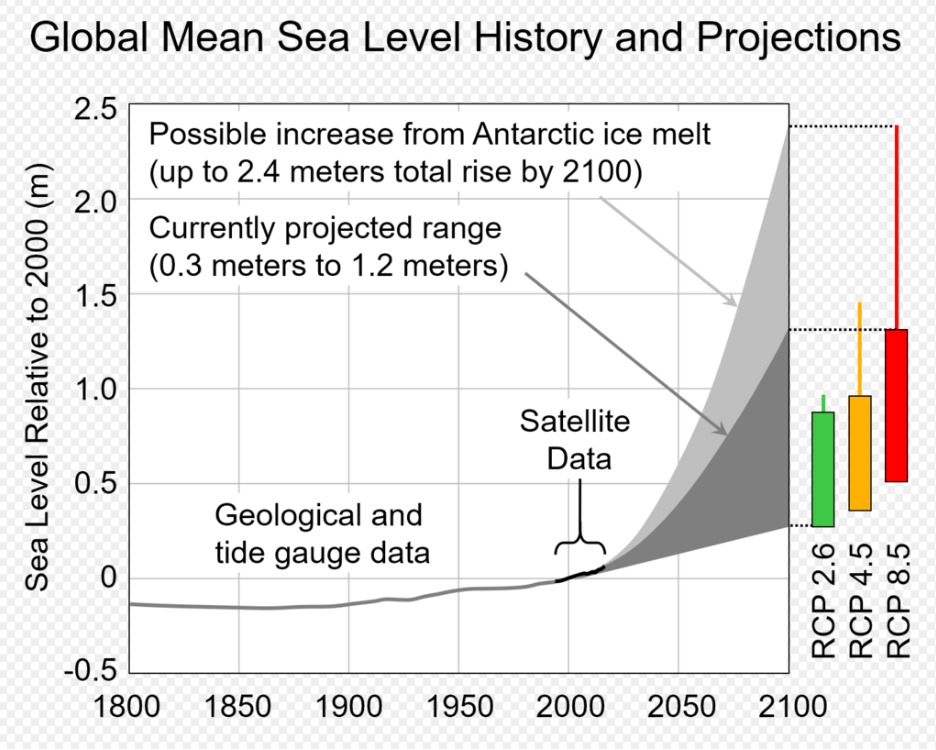 The mean sea level of the ocean is measured over a long period and may help identify the effects of global climate change and anthropogenic effects.

Since 1900, the sea level increase has been recorded to be between .04 and .1 inches per year, while the increase since 1992 has been measured at .12 inches per year. This seemingly slight increase is quite large due to the compounding effects. Global warming has been affecting so many things from agriculture to marine life and the rising of modern sea level will affect many of these factors of our lives. Sea level rise will lead to a drop in available land space for human habitation, and may eventually cause flooding of islands and coasts.

The History and Future of Sea Level Changes

Sea levels have changed drastically throughout history due to the changing temperature of the Earth. During glacial periods ice sheets were much more extensive than they are today. Conversely, interglacial periods are periods of warmer temperatures and less extensive ice sheets. We are currently in an interglacial period. Sea levels have risen and fallen hundreds of feet between the periods. During the last glacial maximum, the Late Glacial Maximum around 14,000 BCE, sea levels were 400 feet lower than they are today due to water freezing in glaciers and continental ice sheets. Currently, sea levels are rising faster than they have in the past 6,000 years. Sea levels have risen 5-8 inches since 1900, and the rate they are rising per year is increasing. As long as atmospheric carbon dioxide levels continue to increase at the rate they are and the Earth keeps warming, sea levels will continue to rise. The Intergovernmental Panel on Climate Change (IPCC) predicts that sea levels could rise to 1 meter by the end of the century. If they do rise 1 meter, New Orleans, Miami and many other cities on the coast will be completely under water[6].

Videos: further explore the basics of sea-level rise as well as causes, effects, and impacts: