Feldspar is a group of minerals that are very important in rock formation, accounting for over half of Earth's crust! There are a number of varieties that are used in jewelry. The most important are andesine, sunstone, amazonite, moonstone, and labradorite, the latter two known for their phenomenal adularescence and iridescence. Amazonite was used by the ancient Egyptians for carving images of deities, the stone considered a catalyst between the living and the gods. Moonstone was thought to drive away sleeplessness.

Feldspars are divided into two types: 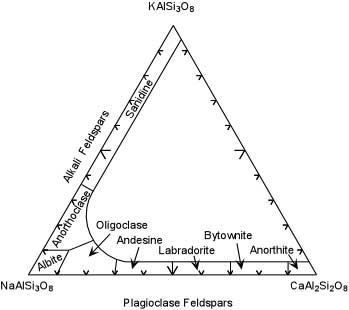 K-feldspars grow in monoclinic crystals (except for microcline) and have a chemical composition of KAlSi3O8.

Plagioclase feldspars grow in triclinic crystals. Its varieties belong to an isomorphous series between albite (NaAlSi3O8) and anorthite (CaAl2Si2O8).

"Confetti" sunstone is oligoclase feldspar in composition. The background color can be colorless, yellow, orange, or light green. The colorful flashes are caused by flecks or platelets of hematite. Faceted stones of good size with no fractures and plenty of hematite inclusions are always a treat to see. Tanzania is the only source we know of for this interesting gem. 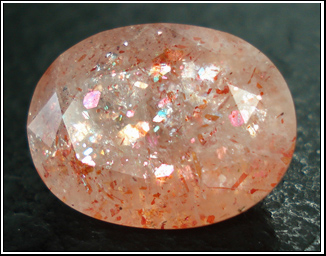 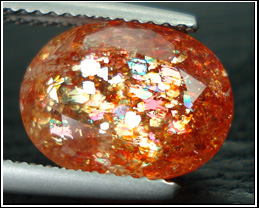 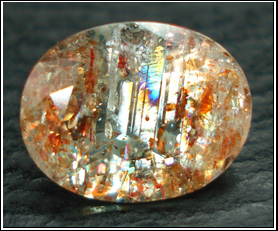 FELDSPAR PHENOM
Remarkable, outstanding, exceptional—Bill Larson had an extraordinary orthoclase specimen on view at the 2009 Westward Look Show in Tucson. Dave Wilber brings us on a personalized tour of some highlights in Bill Larson's collection, including a large (we mean really big) transparent yellow orthoclase crystal from Madagascar.

Causes of Color in Amazonite