Earthquakes scare people … a lot! That’s not surprising because time and time again earthquakes have caused massive damage and many, many casualties. Anyone who has lived through a damaging earthquake cannot forget the experience (Figure 11.0.1). But geoscientists and engineers are getting better at understanding earthquakes, minimizing the amount of damage they cause, and reducing the number of people affected. People living in western Canada don’t need to be frightened by earthquakes, but they do need to be prepared. 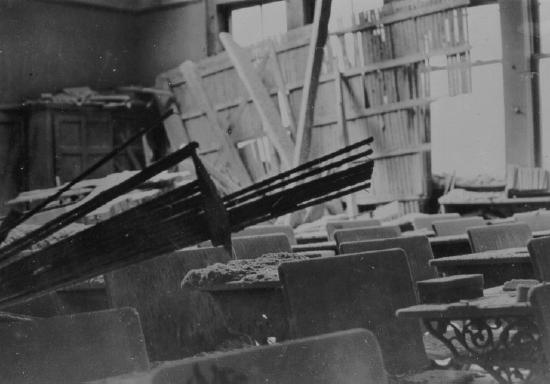 Figure 11.0.1 A schoolroom in Courtenay damaged by the 1946 Vancouver Island earthquake. If the earthquake had not happened on a Sunday, the casualties would have been much greater. [from Earthquakes Canada, http://www.earthquakes canada. nrcan.gc.ca/historic-historique/ events/ images/19460623_1946. school.inside.jpg ]