While specific minerals such as zircon or elements such as uranium, argon or strontium can provide a more precise geochronology value for a unit what if these elements/minerals are not detected in the rock? These minerals/elements are rare and often hard to find. Stratigraphy offers an alternative solution to radioactive minerals.  Stratigraphy is the branch of geology concerned with the relative dating and sequence of rock units on the geologic timescale. This method is a relative dating method for rock units because while the Law of Superposition we can tell us undeformed layers further down are older than layers closer to the top, we don't how the exact age difference. Interpreting stratigraphy can be difficult due to geologic processes such as folding,faulting and unconformities which deform the stratigraphy in a region.Scientists use a variety of different branches of stratigraphy with different methods to date strata units.So what about fossils discovered in the stratigraphic layers? Finding fossils in Phanerozoic strata is relatively easy to do and scientists can use the relative age of fossils in the rock layers to build the geological time scale. Biostratigraphy is the branch of stratigraphy that uses widespread, quick evolving and well-studied fossils found in the rocks to date strata. It is a very helpful tool for scientists to build and modify the geological timescale!

So what is Biostratigraphy? Figure 1: This figure gives the geologic timescale coupled with correlated species-specific index fossils for the different period of Earth's History (The USGS,2013).

Biostratigraphy is an extremely powerful tool for chronostratigraphic correlation. Life evolves through time, with new species emerging and other species going extinct. For time intervals and species that are well studied, the process of evolution provides a detailed temporal framework for correlating stratigraphic columns. The basic idea is for the geologist to identify a fossil's biozone.  This is done by identifying the fossil species in the stratigraphic columns, compare them to the known age ranges of those species , and then constraining  the age of the rocks from documented extinction and  origination events of the identified species. This is an extremely powerful approach to correlating stratigraphic columns because each species is unique and changes through time. Magnetostratigraphy,another branch of stratigraphy that uses polarity switches recorded in the rock record to date strata units is often connected with biostratigraphy as seen in  figure 3. Figure 2: This figure illustrates how index fossils can help with chronostratigraphic correlation(Rosenkrantz, 2013). If we assume that the distance between the columns is hundred of miles, we can use the ammonite fossil to correlate the layer on the left with the one in the middle and the right. Then using the age range for that specific species we will have an idea how old the strata is with a range. This will tell us all strata below the ammonite are older than that age and the ones above are younger. If the gastropod species per rock layers are different we can do the same with them.

Biozones are zones of well-documented fossil species with distinct origination and extinction times. Specific biozones can be defined a number of ways:

An example of a biozone chart, combined with magnetostratigraphic reversals can be found at: http://www-odp.tamu.edu/publications/189_IR/chap_02/c2_f6.htm

Figure 3:This Figure shows some of the members of the Diatom family, a good index fossil and how they were used at one site in conjunction with magnetostratigraphy to date the rock units in the Paleogene-Neogene. (Gersonde et al., 1998, and Shipboard Scientific Party, 1999b).

Criteria for a good index fossil vs a bad one?

There are 4 main criteria that all have to be met for an organism to be considered a good index fossil.

Reasons Why your favorite dinosaur Tyrannosaurus rex is not a good index fossil.

Your Favorite Dinosaurian predator is not a good index fossil because while it is well-studied and its bones are easily preserved, it only lived in Western North America (Limited range over the Earth) and it lived for around 2-3 million years and it did not evolve quickly. Most dinosaurs in fact are not good index fossils because of their restricted geographical range , slow evolution and limited knowledge.

In fact, many tetrapod macrofossils  that people know are not good index fossils because they do not fit one of the four criteria. If an organism is only found in one region, such as dire wolves in North America, or contains mostly soft parts like cartilage in most sharks fossils, then this makes them a poor candidate for an index fossil. Furthermore, if the organism has  a long geological range or are rare fossils and not well studied this makes the species a poor candidate for being an index fossil as well. Fossils that contain a lot of soft parts, single species that lived for long periods of time,were endemic to a specific region or are rare in the field today are criteria for being a poor index fossil that should not be used. This would make using living fossils like the Coelacanth difficult to use as well as many living fossils have few fossils but ancient lineages making it seem like one species lived for a long time which is a criteria for being a poor index fossil. All together, if you see a shark tooth,Tyrannosaurus femur, and an ammonite shell in the strata unit you are studying, pick the ammonite for biostratigraphic purposes.

Index fossils of the Phanerozoic

Common examples of index fossils include:

Phanerozoic: Foraminfera (542-0 million years ago) Forams are an extant group of organisms withnumerous species that are well studied, have short temorpal ranges and are widespread. Since we find forams all over the place their evolution is well studied and their record  of 18O means we can use them for stable isotpe studies with paleoclimates and as an index fossil.

Paleozoic:Trilobites (542-252 million years ago) Trilobites are a numerous group of marine arthropods with correlated species temporal ranges allowing for specific chronostratigraphic correlation based on specific index fossils of trilobites. Specific examples include Paradoxides  as stated in Figure 1 which was a genus of Trilobite that contained 19 species that lived during the  Mid-Late Cambrian Period. Species of this genus have been found up and down both sides of the Atlantic Coastline from Canada to Africa. All together these 19 species provide a temporal range from 514-497ma .Another  genus example includes Phacops. 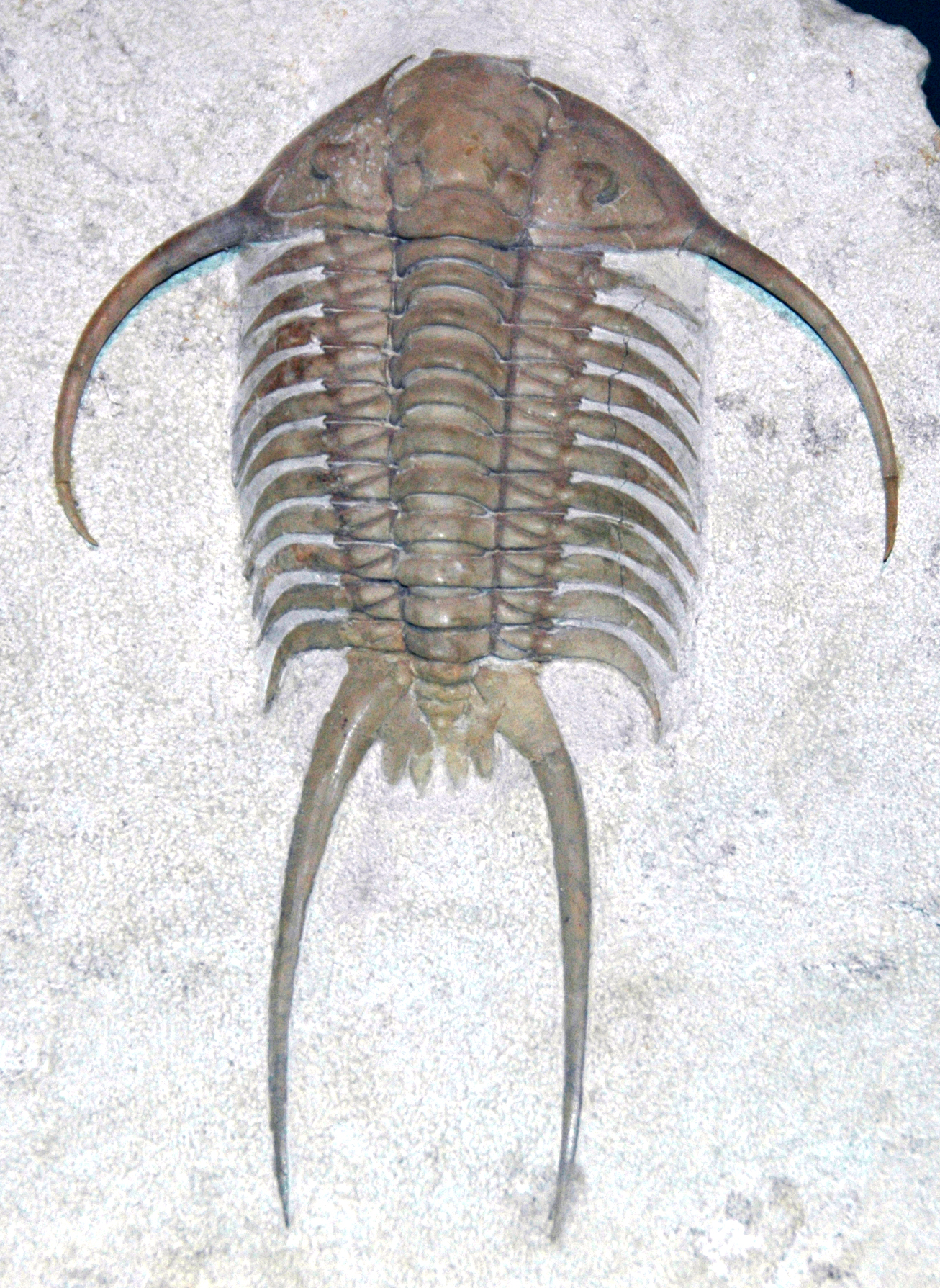 Figure 4: This figure illustrates a Trilobite fossil which were common in the Paleozoic and used as index fossils for this era as they are found all over the world for short periods of time with rapid evolution. Trilobites are arthropods related to insects arachnids and crustaceans ( James St John,2010).

Mesozoic:Ammonites (252-66 million years ago) Once again this group of cephalopods was a prosperous marine group that thrived during the Mesozoic and this prosperity means we can follow the evolution of different species to help constrain certain species to different stages of the Mesozoic. This combined with their geographic range makes them a great index fossil.  An example genera is Perisphinctes  with 4 species covering the Middle-Late Jurassic epoch. Figure 5: This picture illustrates an ammonite fossil which is a common index fossil for the Mesozoic as they are found all over the world for short periods of time with rapid evolution. In medieval times people believed ammonite fossils were serpents God had coiled up and turned to stone but now we know they are cephalopods related to the Nautilus and octopus.(Becks,2013).

Cenozoic: Diatoms (66-0 million years ago) This marine group also has a numerous amount of species that lived over short temporal ranges. 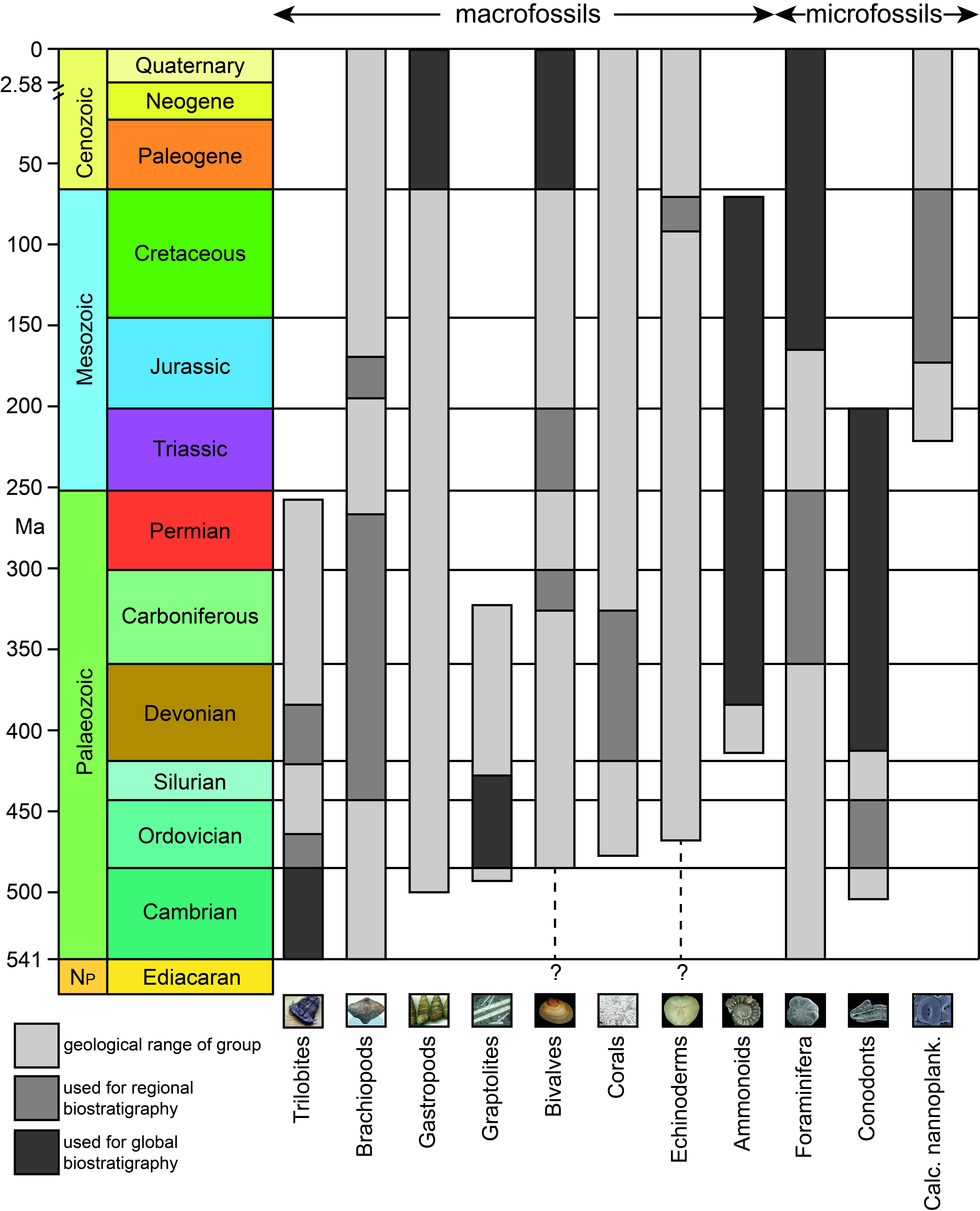 Figure 6: This figure illustrates a chart showing common index fossils as well as when and where they are appropriate to use across the Phanerozic and the world (Bond 2016).

In India, specifically the Triassic Spiti Basin, Jurassic Kachchh Basin, and Cretaceous Kachchh and Cauvery Basins, scientists used mainly Ammonoid Biostratigraphy  coupled with biozones to help correlate and date the regions for a more precise chronostratigrpahic correlation of these basins in India during the Mesozoic (Krishna,2017). Scientists were unclear on how the basins formed and wished to accurately date the regions and  start of the geologic events.

Ammonites are aquatic molluscs meaning wherever we find their fossils we can correlate this strata to an aquatic paleoenviornment.  As for all the layers deposited in the sea, scientists examined these layers of rock to search for species of ammonites. When one was found it was identified by species and using the range of time for the known species, the scientists refined the strata into the relevant temporal stages of the respective periods(ex.the Barremanian stage of the Cretaceous). This built zones where certain species were connected to specific strata based on the age correlation. For the Triassic Spiti Basin , they were only able to build 35 ammonoid zones and mark the Early and Middle Triassic (Krishna 2017). For the Middle to late Jurassic in the Kachchh they created 35 ammonoid biozones and used ammonites found in other Jurassic basins to fill gaps in the earlier parts of the Jurassic (Krishna 2017). For the Cretaceous using mainly the Kachchh and Cauvery basins but exploring others such as the Cretaceous Spiti scientists were able to correlate roughly 18 informal zones to 9 or 10 of the stages of the Cretaceous (Krishna 2017). Correlating these strata, allowed scientists to build a picture of how these basins changed in regards to sea elevation and shifting geology of the moving subcontinent on its eventual path to Asia.

To summarize  scientists identified different ammonite species  in the strata to create a chronostratigraphic record of the Mesozoic. By identifying  the ammonites present at the in the strata of specific basins, scientists could then use the known age ranges of those fossils to more precisely date  the rock units.They then  correlated basins together based on lithostratigraphy to form a larger picture of the Mesozoic basins of India. Using successive species of ammonoids that evolved and died one after another the scientists were able to create ammonoid biozones that correlated stratigraphic units with a specific period of time plus or minus an error interval