What is a braided river?

Braided rivers are a type of river that form a network of many branches within a channel. They often form when the bedload sediment is high compared to the suspended load, which then helps the development of bars, creating the braided character.

Fast flow and steep gradients characterize braided rivers. Much of the geometry of these rivers is shaped by the highest flows, when bars are covered in water. Many braided rivers have exposed bar tops for much of the year. These rivers are often found around mountainous regions with glaciers, or in areas with sparse vegetation. 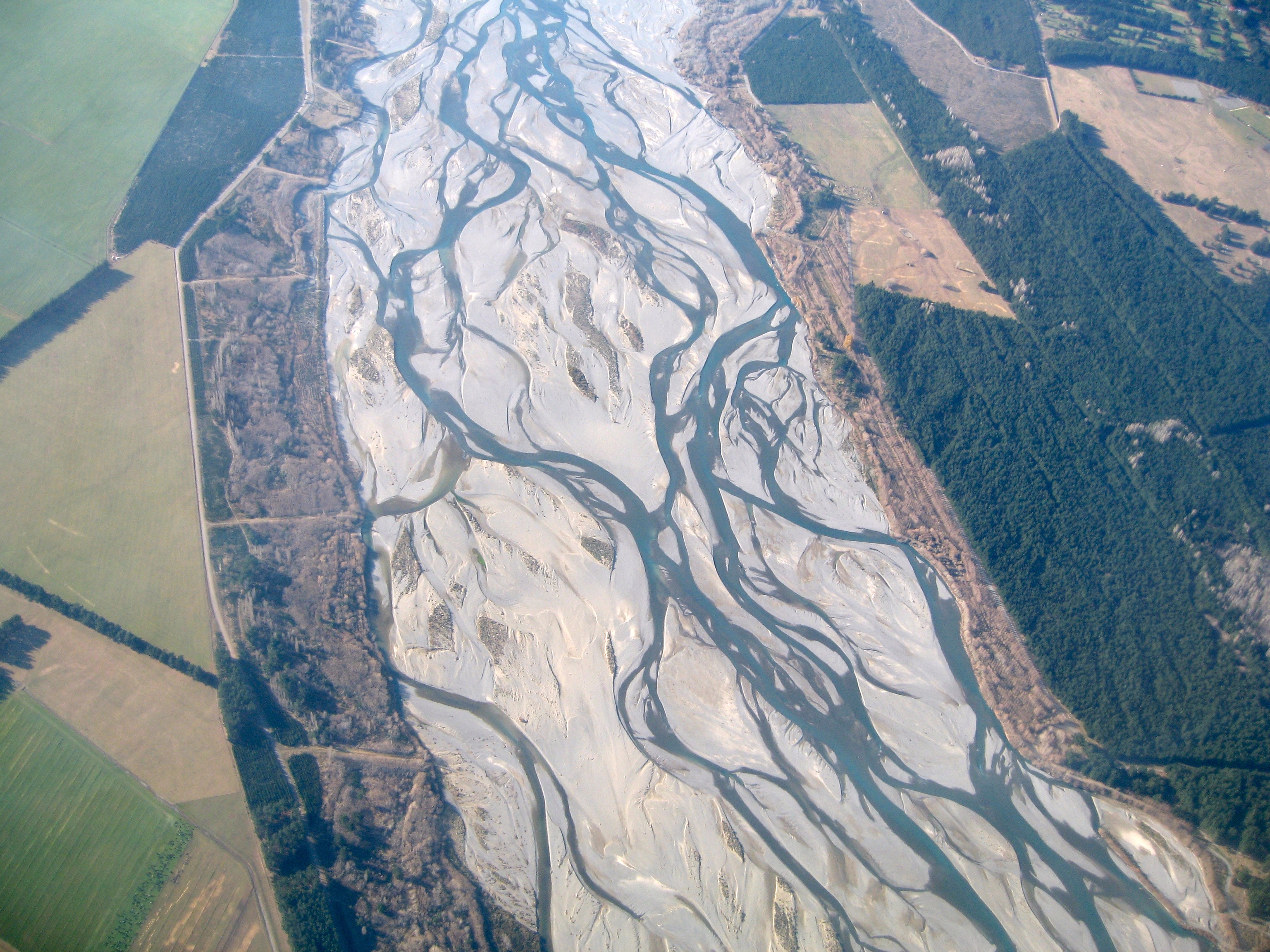 Figure 1. Photo of the Waimakariri River in South Island of New Zealand. In this photo you can see the many different branches of the braided river. By I, Gobeirne, CC BY 2.5, https://commons.wikimedia.org/w/inde...?curid=2437562

In braided rivers, the sediment is commonly coarse, especially in the middle of the stream. This requires fast flow and steep gradients for the sediment to be transported.

Friction with the riverbed tends to slow down the flow, especially where the flow is shallow. The Reynolds number in shallow areas is relatively low (but still high enough that the flow is turbulent) and the transport capacity is low. In the deeper middles of channels in the river, the Reynolds number is much higher. So, the coarsest sediment is transported in these ares, whereas the finer sediment gets deposited in shallow areas.

The formation of bars can occur in the middle of these rivers, due to the high amount of bedload sediment. Bars block the flow on the upstream side, and the upstream tends to erode. Areas of low flow and eddies form on the downstream sides of these bars, and tend to be sites of net deposition. Due to this process of erosion on one side, and deposition on the other, bars will migrate downstream through time. Secondary bedforms - such as planar beds, dunes, and ripples - will also form as a result of sediment transport on the bars and in the channels.

1. Trough cross-bedding in channels. This occurs due to the migration of irregular dunes.

2. The coarsest sediment can be lower flat laminated if flow speeds are not fast enough to form coarse grained dunes.

3. The sediment on the edges of bars fines upwards. This because the flow is shallower and slower (lower Re) as the bars increase. Sedimentary structures can include anything from upper planar to ripple laminations.

As channels migrate back and forth, they leave a layer/sheet of sand containing abundant cross stratification. These sheets tend to fine upward because the channels migrating due to bar migration. Bar migration occurs due to more erosion upstream and more deposition on the opposite side, downstream. Sediment is finer grained higher up on the bars.

Braided river deposits generally include the following. A scoured surface and/or gravel lag at the base of a channel. This occurs due to amounts of material cleared out due to erosion of stream/channel bed, where the majority of sediment left is larger grains, such as gravel. Then, trough cross-bedded sands deposited just off the center of channels, and occasional tabular cross-stratification due to migrating bars. Next, sand deposited at slower speeds, causing ripple cross lamination. And overbank deposits from floods, mostly composed of sand, silt, and some mud. In the figure below, there is this pattern especially seen from the 5-10m height in the stratigraphic column.

The large scale geometry of the deposits include sheets of sand with various grain sizes, representing bar migration, with sand sheets separated by floodplain deposits. 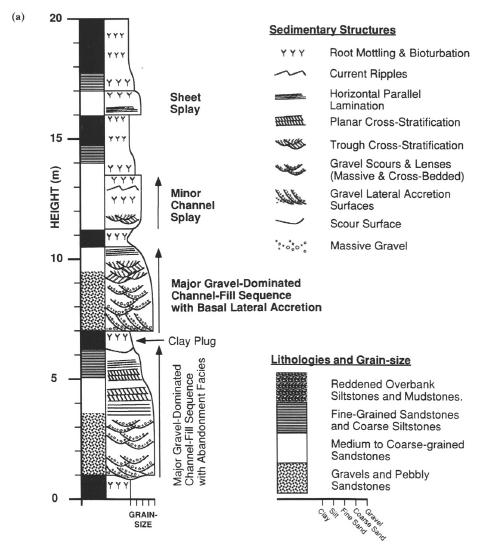 Braided rivers are characterized by their fast flow and steep gradients, forming when the bedload sediment is high compared to the suspended load. They form a network of many branches within a channel. These branches are separated by the formation of bars. These bars will migrate through time, causing the migration of the river channel.

The sediment in braided rivers is commonly coarse in the middle, and finer sediment is deposited in the shallow areas. Bars, which block the flow, will erode on the upstream side, and create areas of low flow on the downstream side, allowing for deposition to occur.

A braided river can be distinguished by a general fining upward sequence. The sheets of sand with various grain sizes represent bar migration. The river deposit will often have a scoured surface at the base of the channel. Then trough cross-bedding, tabular cross-stratification, and ripple cross-lamination. This is due to sand being deposited at slower speeds. As flooding occurs, there will be overbank deposits composed of finer sediments (sand,silt,mud).