Welcome to Salmon Creek Beach located in beautiful Sonoma County, California! This site was visited, along with several others in Bodega Bay, on January 31, 2015 in order to observe active sedimentary processes and to document spacial trends in sediments within an environmental context. Salmon Creek Beach consists of an estuary that is fed by Salmon creek that originates from the surrounding coastal hills and empties into the Pacific Ocean. Depending on the time of the year and the meteorological conditions, the estuary may or may not fully reach the ocean; however, on the day the site was visited, the Pacific Ocean and Salmon creek were connected. Looking at the left, southern side of the above image, the back of the estuary is lined with dunes and is a very low-energy environment where flow velocities are very low. In the images below, we see an increase in energy and flow velocity as water moves through a smaller, narrower area and bends around to where it meets with the Pacific Ocean. We can also see the cut bank of where the channel water level used to be at higher tides as it meanders on the beach toward the ocean. The most prominent sedimentary structures that were observed at Salmon Creek Beach were current ripples, antidunes, dunes, and wind ripples, along with the bioturbation (human and wildlife footprints). 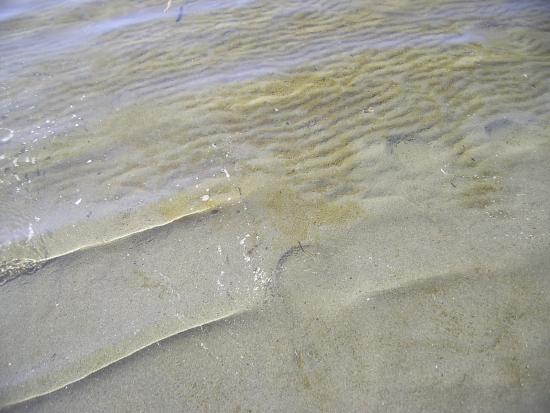 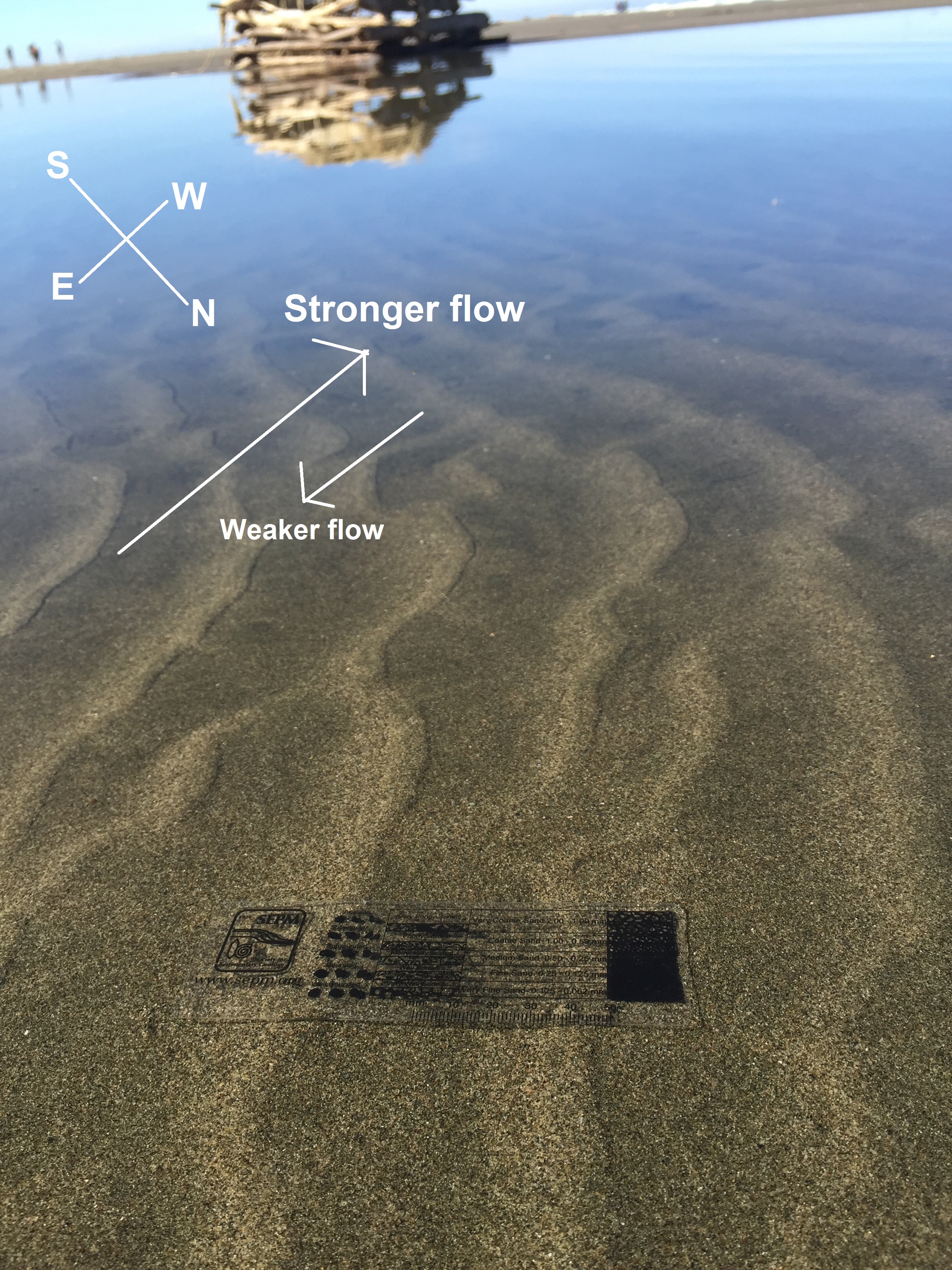 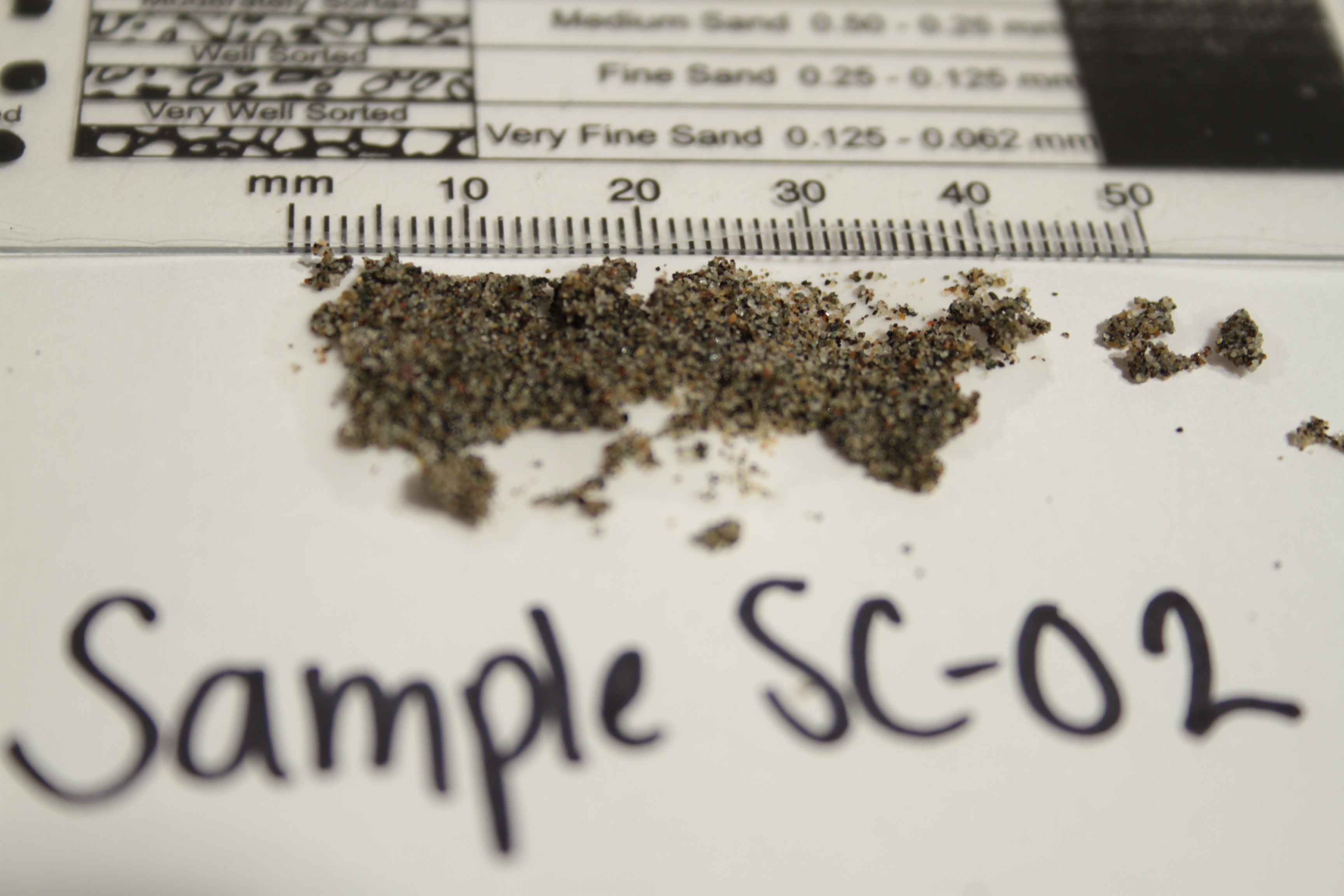 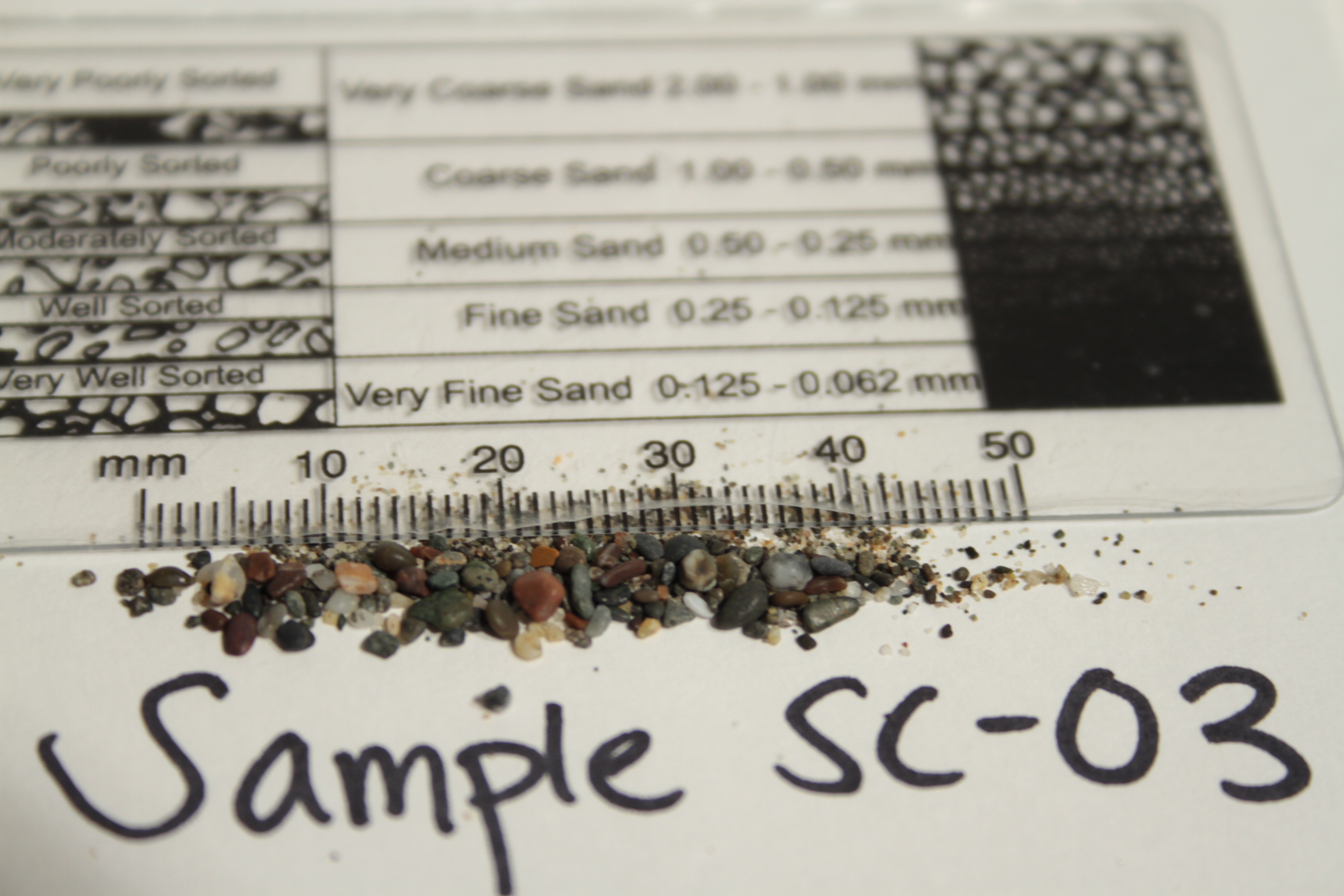 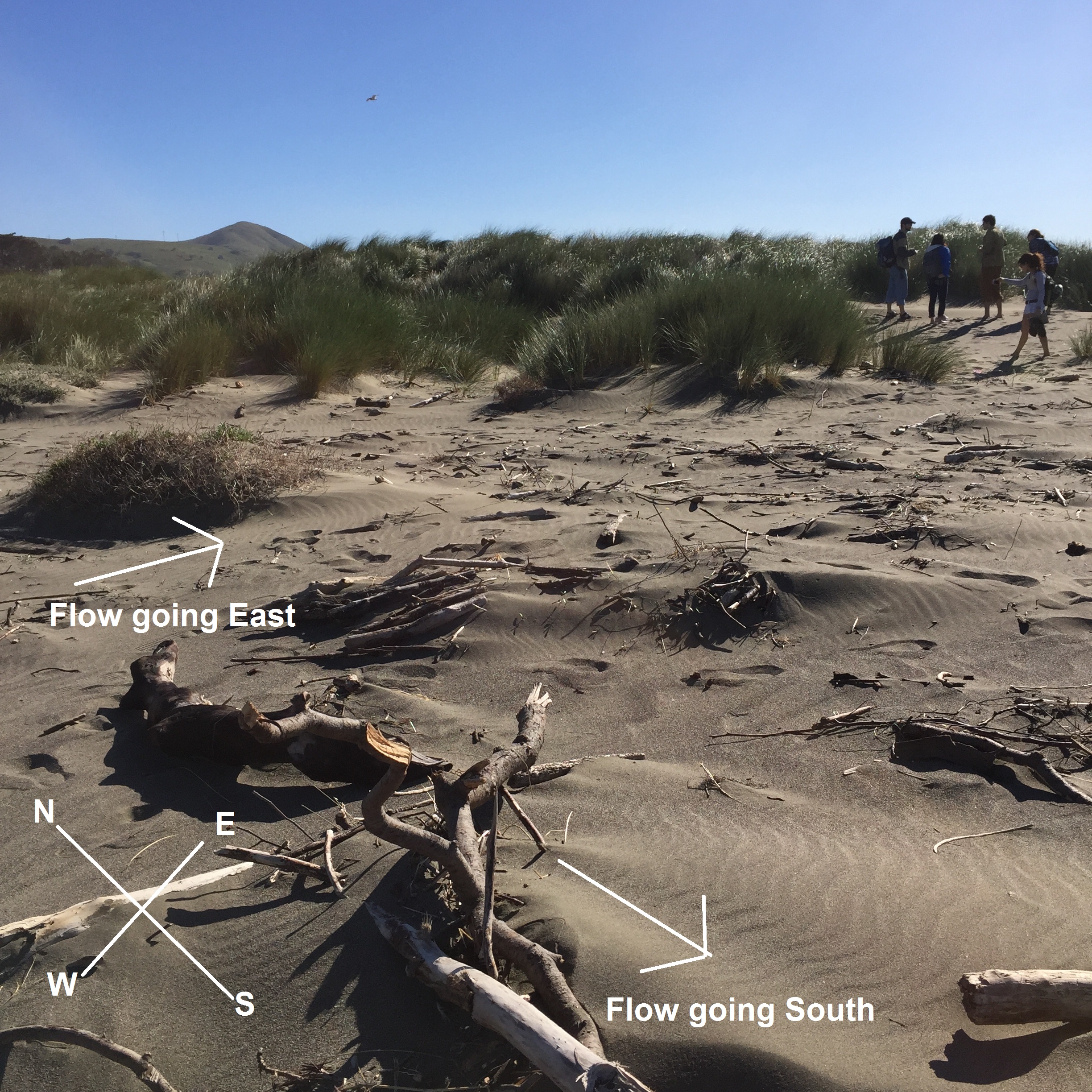 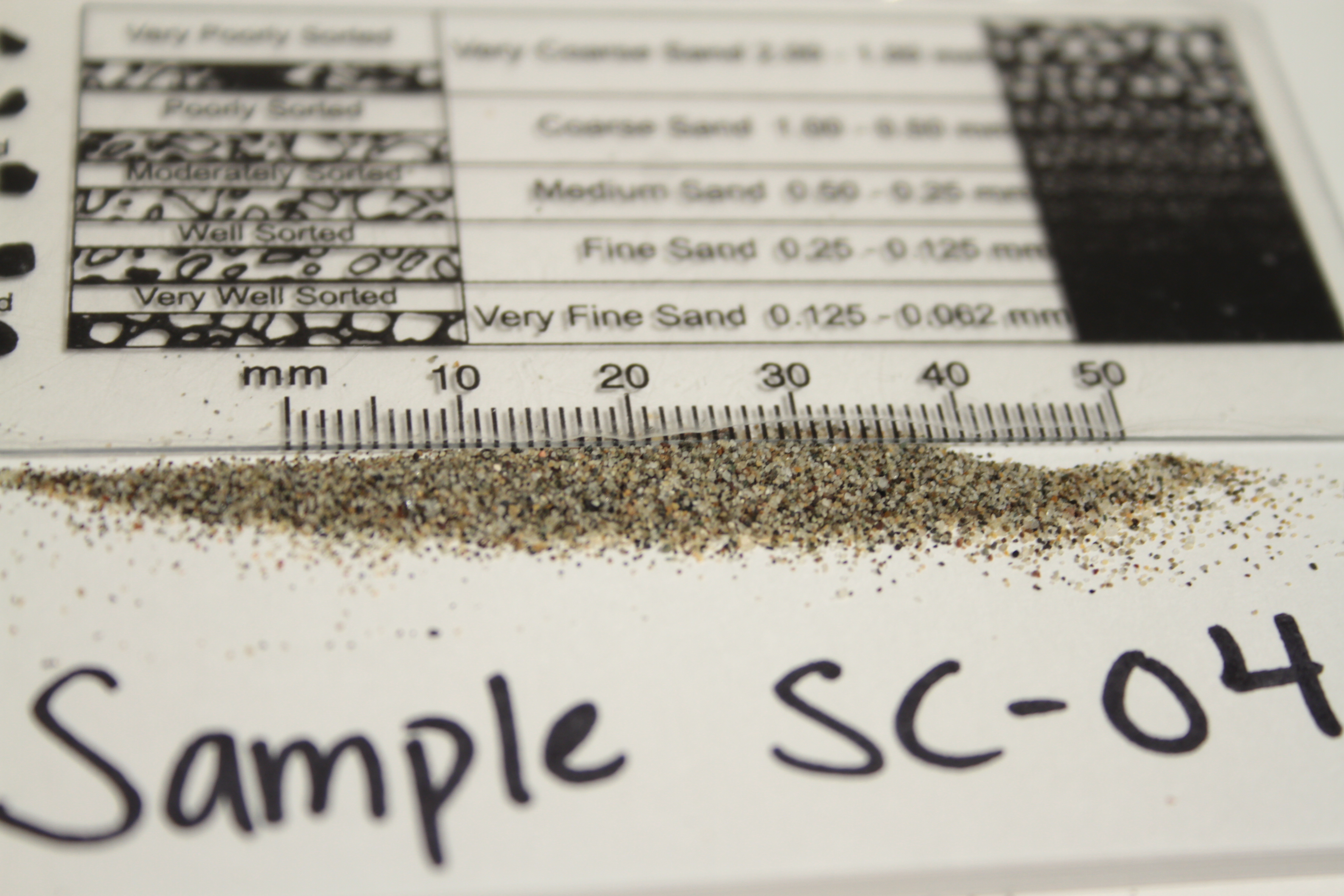