Radiocarbon dating is one of the most used method of absolute dating because of its useful dating window encompassing the past 100,000 years (it is especially useful for studying archeological features and young sedimentary deposits). 14C (isotope carbon -14) is a unstable radioactive isotope (radionuclide). Radiocarbon dating (using ratios of the isotopes of radioactive isotope 14C to stable isotopes 12C and 13C derived from buried or isolated organic or carbonate materials. The half life of 14C [unstable isotope carbon-14] is about 5,730 years. Radiocarbon dating has extensively used in archeological investigation and the study of climate change over the last several hundred thousand years, and precision methods now available make radiocarbon dating highly reliable. Radiocarbon dating is highly effective for extracting ages of organic materials (bone, tissues, wood, etc.) that have been isolated by burial and is effective for dating materials materials from ancient human activities going back for many thousands of years. 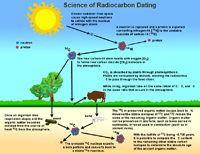 Figure 1.102. The science behind the radiocarbon absolute dating method.

Relative dating is the science of determining the relative order of past events, without necessarily determining their absolute age (see above). Relative dating involved the study of fossils and the correlation or comparison of fossils of similar ages but from different regions where their age is known. Microfossils derived from sediments and cores from wells help in the subsurface exploration for oil and gas.

Relative dating is useful and relatively easy compared with absolute dating
• Not all rocks can be dated with radioactivity (see above).
• This is the way we tell the ages of rock layers relative to each other.

These basic principles are easily observed in geologic outcrops, but have value for any number of scientific and technical applications beyond geology. Figure 1.105 and 1-106 illustrates the four laws that are used in resolving the age of rocks and the order in which they formed or geologic events occurred. The three laws are as follows:

Law of Original Horizontality—this law states that most sediments, when originally formed, were generally laid down horizontally. However, many layered rocks are no longer horizontal.

Law of Superposition—this law states that in any undisturbed sequence of rocks deposited in layers, and the oldest on bottom the youngest layer is on top. Each layer being younger than the one beneath it and older than the one above it.

Law of Cross-Cutting Relationships—this law states that a body of igneous rock (an intrusion), a fault, or other geologic feature must be younger than any rock across which it cuts through.

Law of Inclusions
• An inclusion is a piece of rock within another rock.
• The rock containing the inclusion is younger