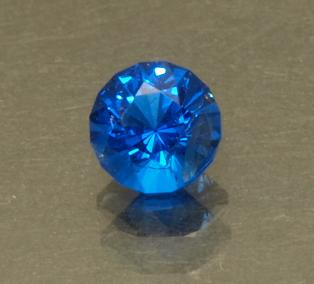 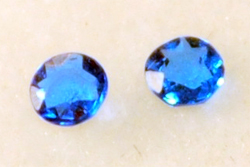 Haüyne (pronounced "how-een") is an extremely rare mineral and even rarer gemstone. It was first described, mineralogically in 1807 by René Hauy from who it derived its name. Examples of haüyne are found in association with alkaline volcanic rocks that are primarily located in the vicinity of Laacher See Eifel Mountain district of Germany. The highest prized specimens of Haüyne found in this locality are of an unusual vibrant blue color. Lighter blue to greenish blue colors are found as well. Gem quality material has not been reported from other localities.

Hauyne's spectrum is diagnostic in the darker blue specimens with a full absorption of the red to green. 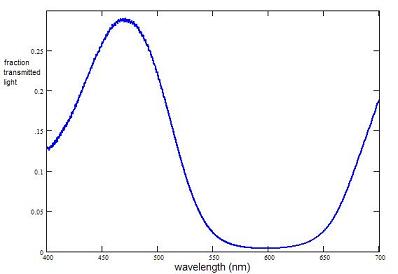 The lighter specimens fluoresce an intense orangy pink under LWUV. 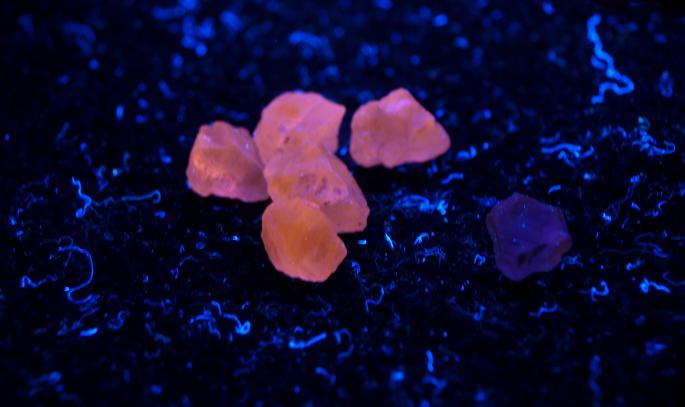 Haüyne, in the Eifel Mountains, formed in a magma chamber, with other minerals which include plagioclase, sanidine, nosean, nepheline, leucite, apatite, olivine and in association other alkaline volcanic rocks, mainly phonolites. It is thought that this eruption occurred 12,900 years ago (geologically a wink of the eye) in three layers. Haüyne occurs in all three layers. The area is commercially mined for pumice and basalt. Hauyne can be collected in these quarries during the weekends. 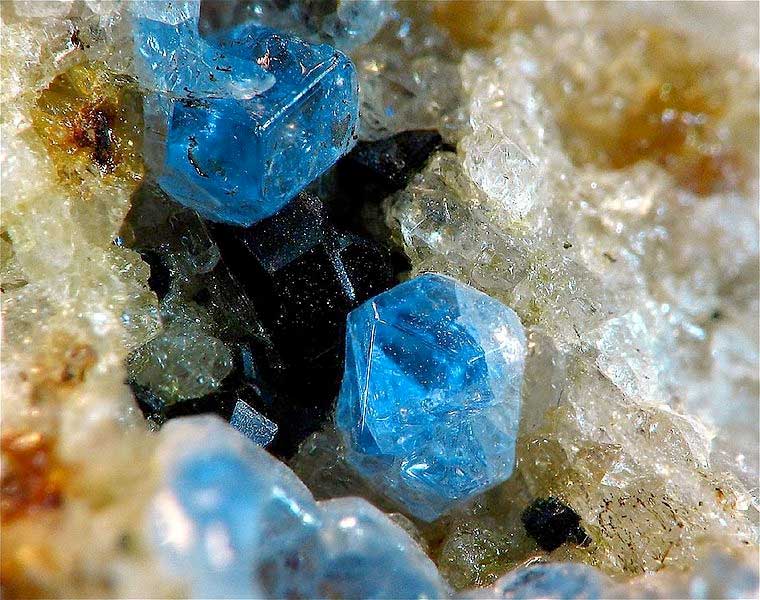