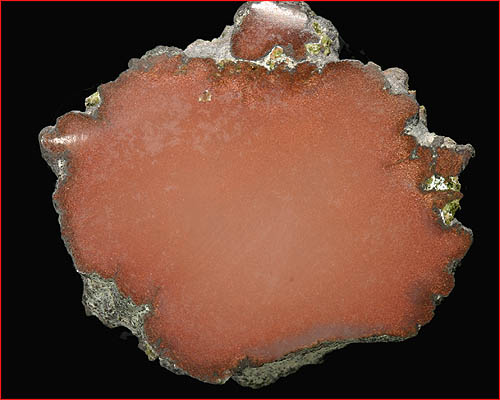 Figure \(\PageIndex{1}\): Datolite from the Caledonia Mine, Mass City, Michigan

Datolite was named 1806 by Professor Jens Esmark from the Greek “to divide,” referring to the granular structure of the first specimens studied from Arendal, Norway.

Crystals are colorless to white, often with a pale green or greenish yellow tint. Massive datolite is translucent to opaque grayish, reddish, pink, brown or yellow.

Massive datolite from Michigan cut en cabochon sometimes exhibits microscopic inclusions of native copper. The copper has sometimes oxidized to give the rough a copper-green color.

Small quantities of greenish yellow to colorless datolite faceting rough have been produced at Dal'negorsk (Dalnegorsk), Primorskiy Kray, Russia. In addition to faceting rough, there was a largely unsuccessful attempt about 2002 to introduce a skarn rock composed of wollastonite and datolite to the US lapidary market; the material is marked by alternating bands light and dark olive-green bands and swirls. The skarn was apparently also produced in Primorskiy Kray (Dalnegorsk?). Compact, porcelain-like masses of datolite, some as large as 30cm in diameter and of a pleasing brown, red, yellow, malachite-green, white or grey color,, have been recovered since the mid-19th century from dozens of mines in Houghton, Keweenaw, and Ontonagen counties in Michigan’s famed “Copper Peninsula.” Rough is still being recovered by reworking abandoned mine dumps as well as scuba diving off the coastline.