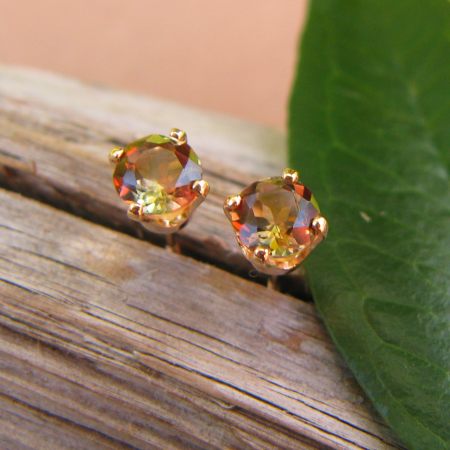 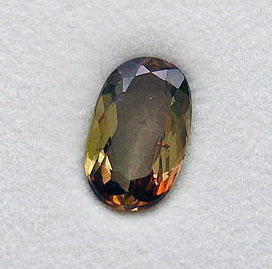 Andalusite is a little known and much underappreciated gem. It is highly pleochroic, meaning that it appears to be different colors depending upon from which direction the stone is viewed. The most common colors are a bronzed red coupled with a golden green. Although it is often referred to as "poor man's alexandrite" because of the tone of its pleochroic colors, it actually does NOT have the ability to change colors like alexandrite does. Andalusite is named after Andalusia, the province of Spain where it was first discovered. It is said to stimulate memory and recollection. Not only recent memory, but it is actually attributed with the ability to make one able to remember their past lives.