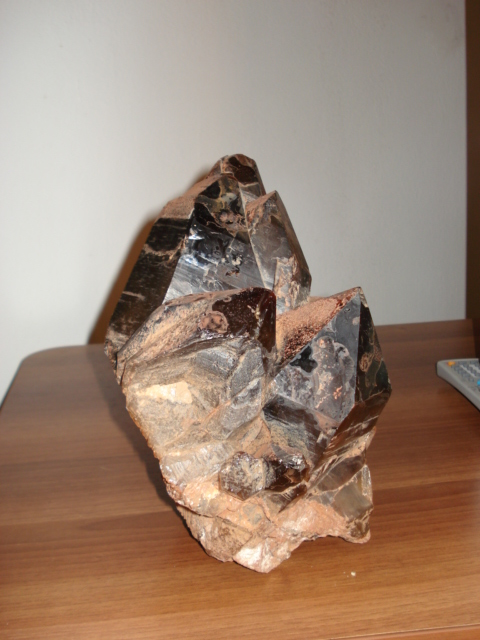 Quartz is a common variety of silicon dioxide that often crystallizes into well-formed hexagonal prisms. It occurs in many colors, including purple amethyst, yellow citrine, and a smoky variety, referred to as smoky quartz or cairngorm. Colorless, transparent quartz crystals represent the modern concept of "crystal".

Crystal balls with a truly mystic significance are always made from quartz. Quartz crystals are among the earliest talismans. Examples of rock crystal objects date back to 75,000BC. Every culture on the planet has attributed magical powers to quartz crystals.
The Japanese considered it "the perfect jewel", symbolizing patience and perseverance, the infinity of space and purity. Native Americans used quartz crystals as a hunting talisman and "fed" them with deer blood. Crystal balls, credited with the ability to cure diseases, were brought to Europe from the Near East by the Crusaders. In Scotland and Ireland, farmers used crystal balls to keep livestock healthy.

Crystalline quartz (especially rock crystal) can be confused with many other gemstones such as topaz, scapolite, danburite, phenakite, and others. Usually, a refractometer reading will eliminate most of them.
Scapolite has properties close to quartz, but has a negative optic sign.

Only two minerals that are commonly used as gemstones have a uniaxial character with a positive optic sign, quartz, and zircon. Some others are phenakite, cinnabar, synthetic moissanite, and some idocrase.
In addition, crystalline quartz will usually show a "bulls-eye" due to enantiomorphism. When one encounters a conoscopic interference figure with a bulls-eye, it can be nothing else than quartz.
Or in the case of quartz with Brazil twinning (as amethyst) it will show quadruple Airy Spirals.

Other minerals falling in this range:

The s.g. of quartz is 2.65 and it suspends in bromoform diluted with toluol.