Good biostratigraphic species:
Zones of well documented species with distinct origination and extinction times can be defined a number of ways. A zone could consist of the total time of existence of a fossil, it could consist of the time where two or more fossils coexist, it could be defined as the time between the origination of one fossil and the extinction of a different fossil, etc. An example of a biostratigraphic zone chart, combined with magnetostratigraphic reversals can be found at: http://www-odp.tamu.edu/publications/189_IR/chap_02/c2_f6.htm 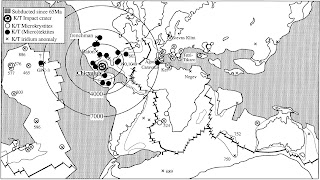 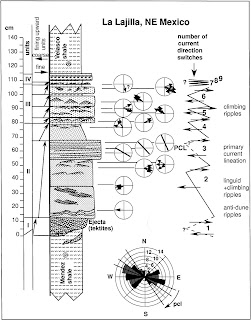 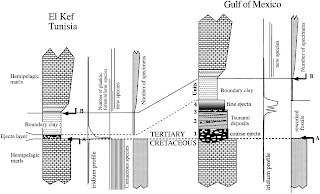 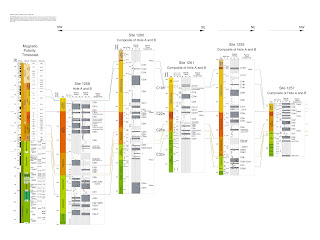