Large sections of the central California coast are mostly erosional with substantial cliffs. Scott Creek Beach, CA, is a wave and storm dominated beach. The following photos were taken near low tide. We go to this beach on the second field trip. The first photo shows beach stratification along the beach, whereas the next photo shows strata deposited at about the same time, but in a terrace perpendicular to the beach. Note how the laminae appear much more parallel in the first photo. This is because the main slope of the beach is towards the ocean. When looking in the rock record, it is important to understand the 3-D geometry of deposits for the best interpretations. 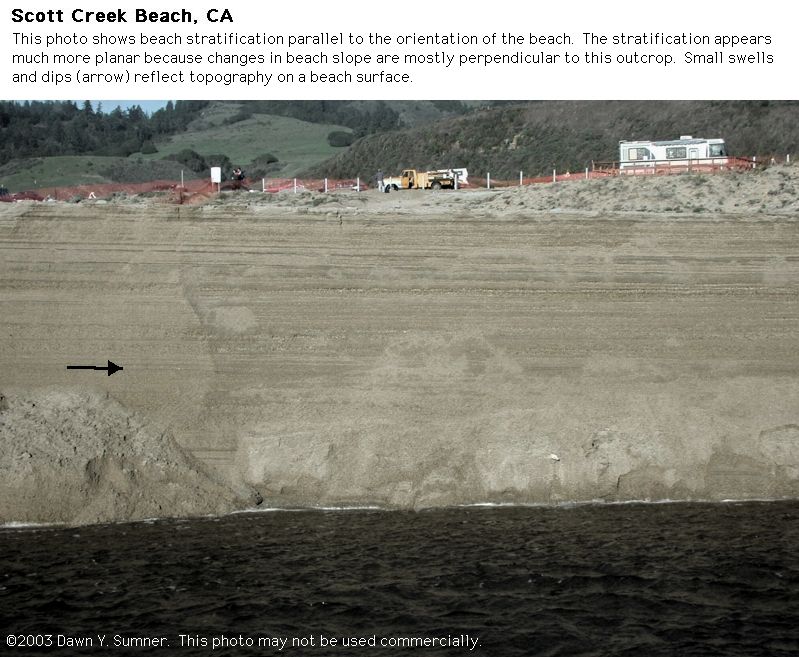 Pescadero Beach and estuary have complex facies changes over short distances. We visit this site on the second field trip. Figure \(\PageIndex{16}\): The creek flows into the breaker zone Figure \(\PageIndex{17}\): Looking across the estuary 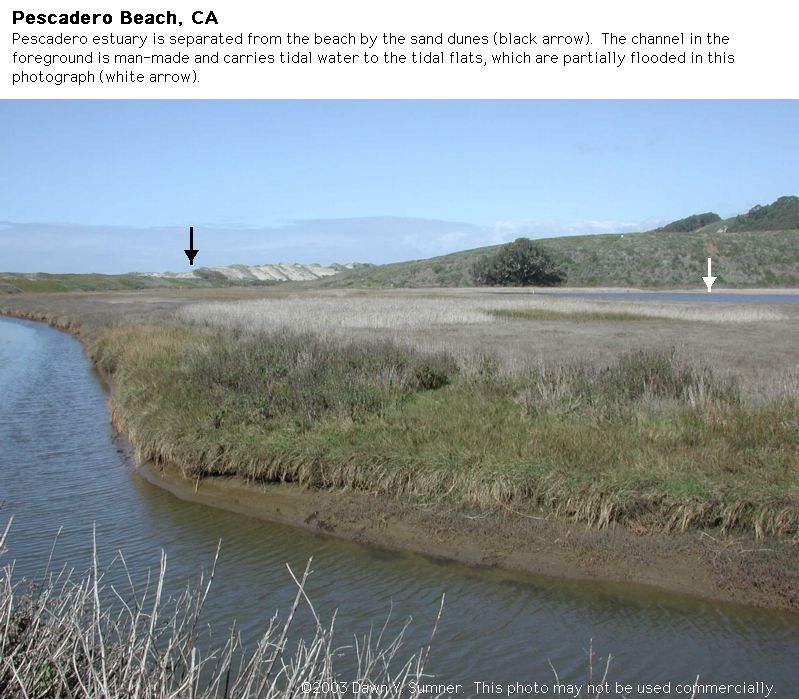 Figure \(\PageIndex{21}\): Tidal flats next to the creek channel Figure \(\PageIndex{22}\): Ripples beside the creek Broome Town Beach, Western Australia, is tide dominated, although small waves are present. In the summer, typhoons are common. The following photos were taken at low tide on the tidal flat in the winter. The coastline near Derby, Western Australia, is dominated by extremely high tides (almost 12 m tidal range), and waves are essentially absent in the protected Prince William Sound. Mangroves line the shore. The following photos were taken at an exceptionally low tide when the tidal bars were exposed. The sediment-rich creek that flows into Lake Louise, southern Canadian Rockies, creates a lacustrine delta, as seen in the following photographs.