Image captured from a video taken by drone on February 12, 2017 at 9:30 am: (Video from the CA Department of Water Resources) 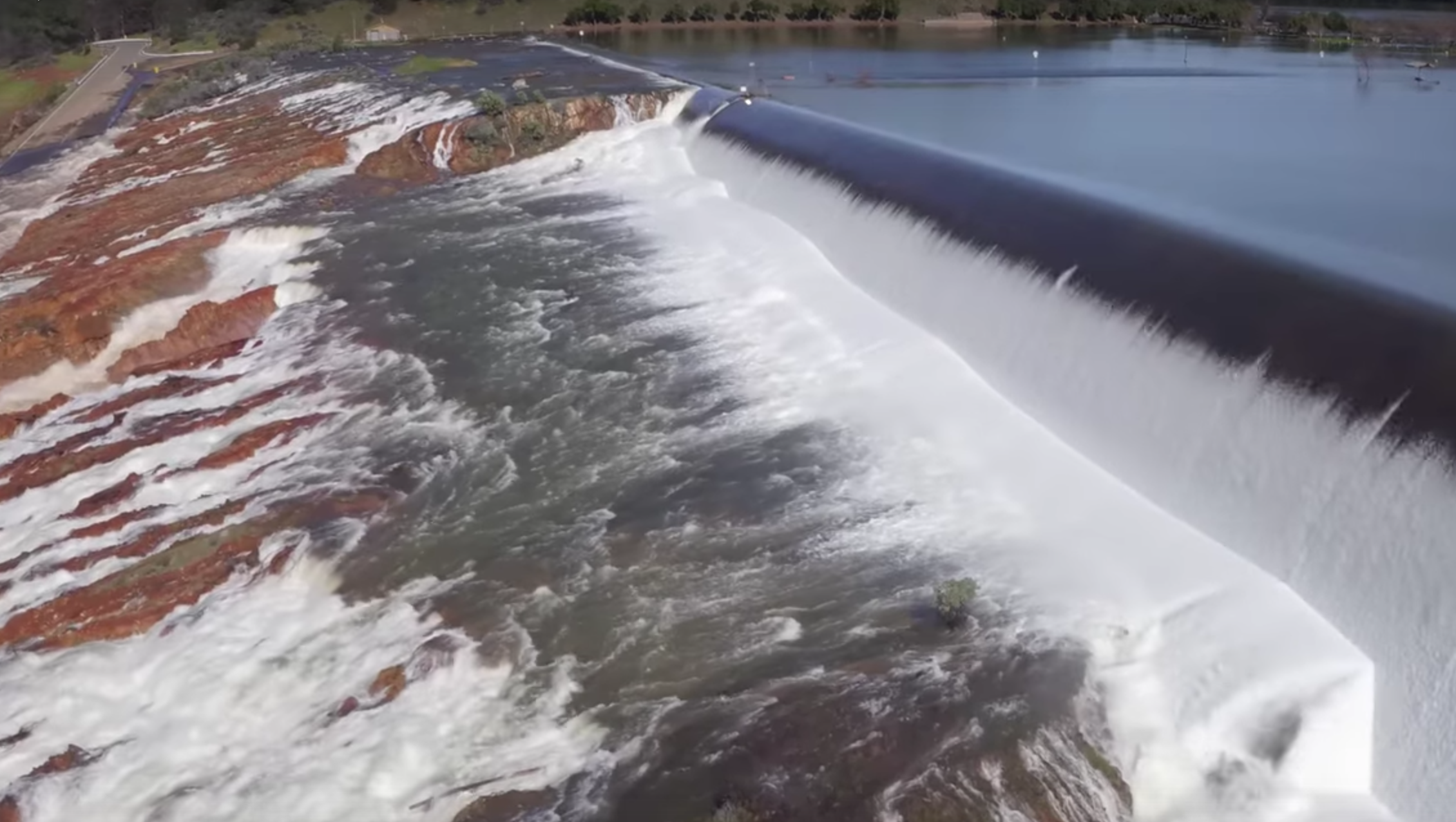 This image was taken from a different angle at about 3 pm: (Video from CA DWR) 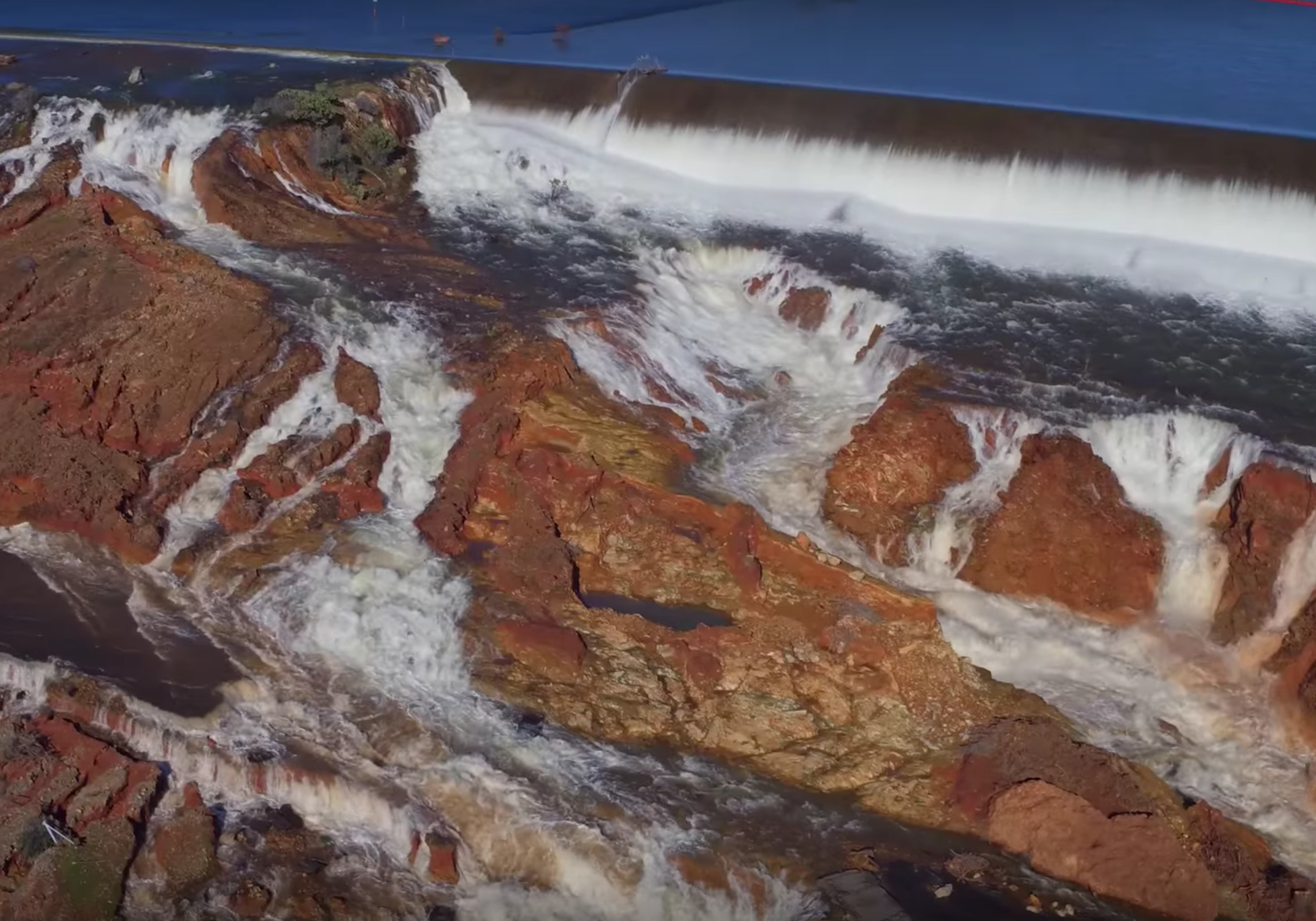 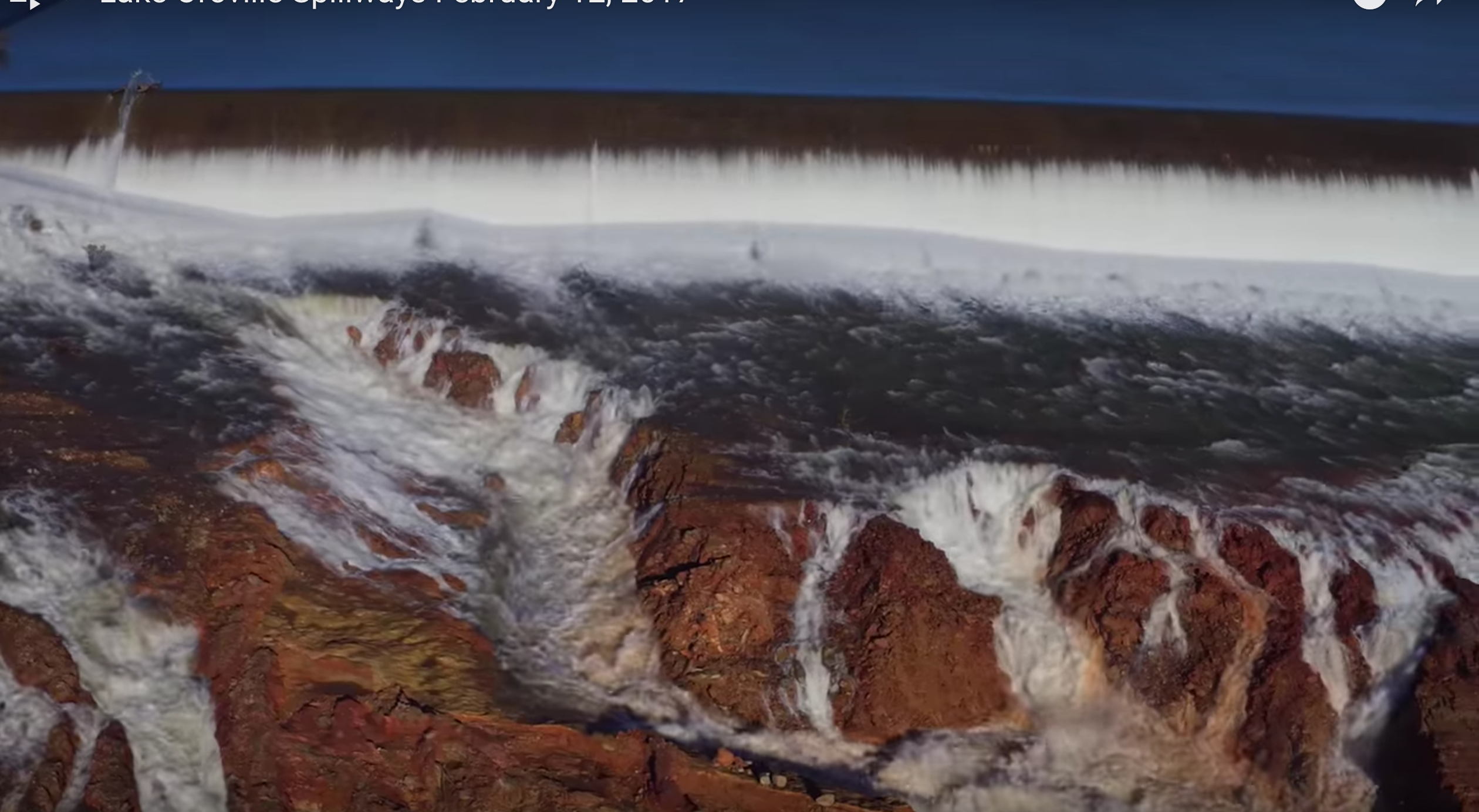 The rapid erosion of the head of this gully triggered emergency management people to decide to evacuate the population. If erosion continued to the spillway and the spillway failed, a 10 m high wall of water might have rushed down the Feather River.

Here is an overhead view after they lowered the water in the dam to below the emergency spillway: (I labeled the "Danger Area".) Here's an image of the area from February 16, 2017, showing the progress of engineering work: 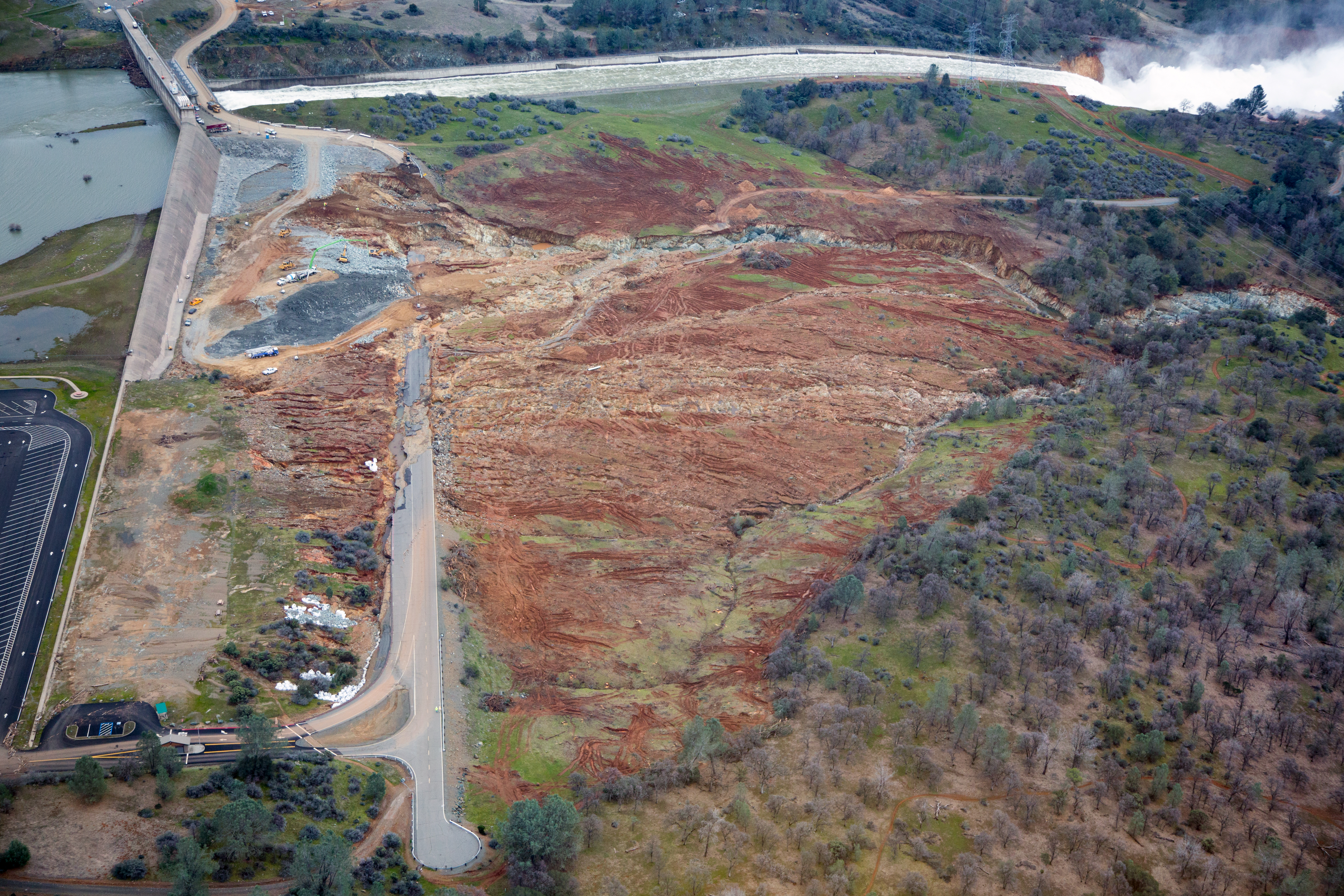 The dark grey area is where the "Danger Area" gully was. Note that it is huge compared to the construction trucks nearby. It has been lined with boulders and concrete. You can see the cement truck and boulders beyond the dark grey area if you expand the image.