Physiograhic Provinces of the United States of America

The physiographic provinces of the United States of America can be broken into three different broad areas: Western, Central, and Eastern regions (Figure 1). Adjacent provinces will share features or will at least be a affected by the geologic events that define the nearby region. The Western Provinces are shaped by relatively young events (Post-Paleozoic), which are mostly the result of an active plate tectonic margin (the western edge of the continent is also the edge of a tectonic plate). The Eastern Provinces are a mix between young and old geologic events. Most of the individual provinces within this region result from the deformation of ancient mountain building as well as the recent passive sedimentary buildup observable today. Since the Central Provinces of the country has been largely shielded from tectonic activity, this area is flatter and less deformed than the coasts of the United States. Before the individual provinces are discussed in depth, it will be helpful to review the geologic time scale that was presented in earlier in this course.

The geologic provinces in the Western United States occupy roughly a third of the country and stretch from the Rocky Mountains to the Pacific Ocean. We can group this tectonically active area into four types of provinces: the Rocky Mountains, the Coastal Pacific Mountain System, Interior Plateaus, and the extensional Basin and Range.

The Rocky Mountains are an immense range that stretches from New Mexico to Northern Canada. The Rocky Mountains first started to form during the Late Paleozoic, but their main growth occurred during the Laramide Orogeny during the Late Mesozoic and Early Cenozoic. An orogeny is a large-scale deformational event that is the result of the interaction between tectonic plates. In short, it is mountain building. The formation of this range differs from the Continent-Continent convergent boundaries, such as the Himalayas. The Rocky Mountains are the result of low-angle subduction, which caused deformation in the overlying plate. This striking mountain range is no longer active nor growing and has since been glaciated and eroded, which has rounded its highest peaks.

The Pacific Coast Mountains stretch from Mexico to the Arctic Circle in Alaska. Not only do the Pacific Coast Mountains differ significantly from the Rocky Mountains, but the mountain ranges within the Coastal Pacific Mountain System also differ amongst themselves. The Sierra Nevada Range runs 400 miles across the middle of California and contains iconic features such Yosemite’s Half Dome, which is a mecca for mountain climbers (Figure 2). As with the Rocky Mountains, the Sierra Nevada Range is the byproduct of convergence and subduction. During the same time as the growth of the Rocky Mountains (Late Mesozoic), the subduction led to the formation of volcanoes and the intrusion of massive granite batholiths. The volcanoes have long since eroded away exposing the batholiths at the surface. The Sierra Nevada topography is relatively recent (within the last 5 million years), as these rocks have been deformed by extensional stress, creating large fault blocks that build the steep face of the range. The Cascade Range is the northern portion of the Pacific Coast Mountain Range that spans an area from Northern California to Canada. The Cascade Range is the result of modern subduction of the Juan de Fuca and Gorda Plates under the North American Plate. Whereas the Sierra Nevada range is the eroded exposed core of a Mesozoic chain of volcanoes, the Cascade Range is modern and active. This chain encompasses thousands of volcanoes, including well-known landmarks such as Mount Rainier and Mount Saint Helens. Figure 2. Half Dome at Yosemite National Park, which is part of the Sierra Nevada Range. Click to see larger.

Between the Rocky Mountains and the Pacific Coast Mountain Range is a large broad area containing a great diversity of geologic features. The Northernmost portion between the Cascades and the Rocky Mountains is the Columbia Plateau. The Columbia Plateau is a large igneous province dominated by Cenozoic volcanic rocks that are a product of the Yellowstone Hotspot. This hotspot produced several massive, though infrequent, eruptions; the largest eruption covering over 50,000 square miles. The Yellowstone Hotspot is still active and supplies the heat that feeds the classic geysers and hot springs throughout Yellowstone National Park (Figure 3). Southeast of this province is the Colorado Plateau, which is a broad expanse that, considering its neighboring provinces, is remarkably undeformed. The Colorado Plateau is mostly composed of horizontal Paleozoic and Mesozoic sedimentary rocks that contain abundant fossils, including the massive bone beds of Dinosaur National Monument. During the Laramide Orogeny this area was dramatically uplifted, allowing rivers to erode downward thus producing immense canyons, such as Grand Canyon National Park. The southeastern portion of the expanse between the Rocky Mountain and Pacific Coast Ranges is called the Basin and Range Province. This area can easily be recognized by the abundant horsts and grabens, which you may remember are series of elevated plateaus and low basins produced from the extensional deformation and normal faults. There are multiple hypotheses for the source of the extension, which range from heating from the mantle to movement along the San Andreas Fault. 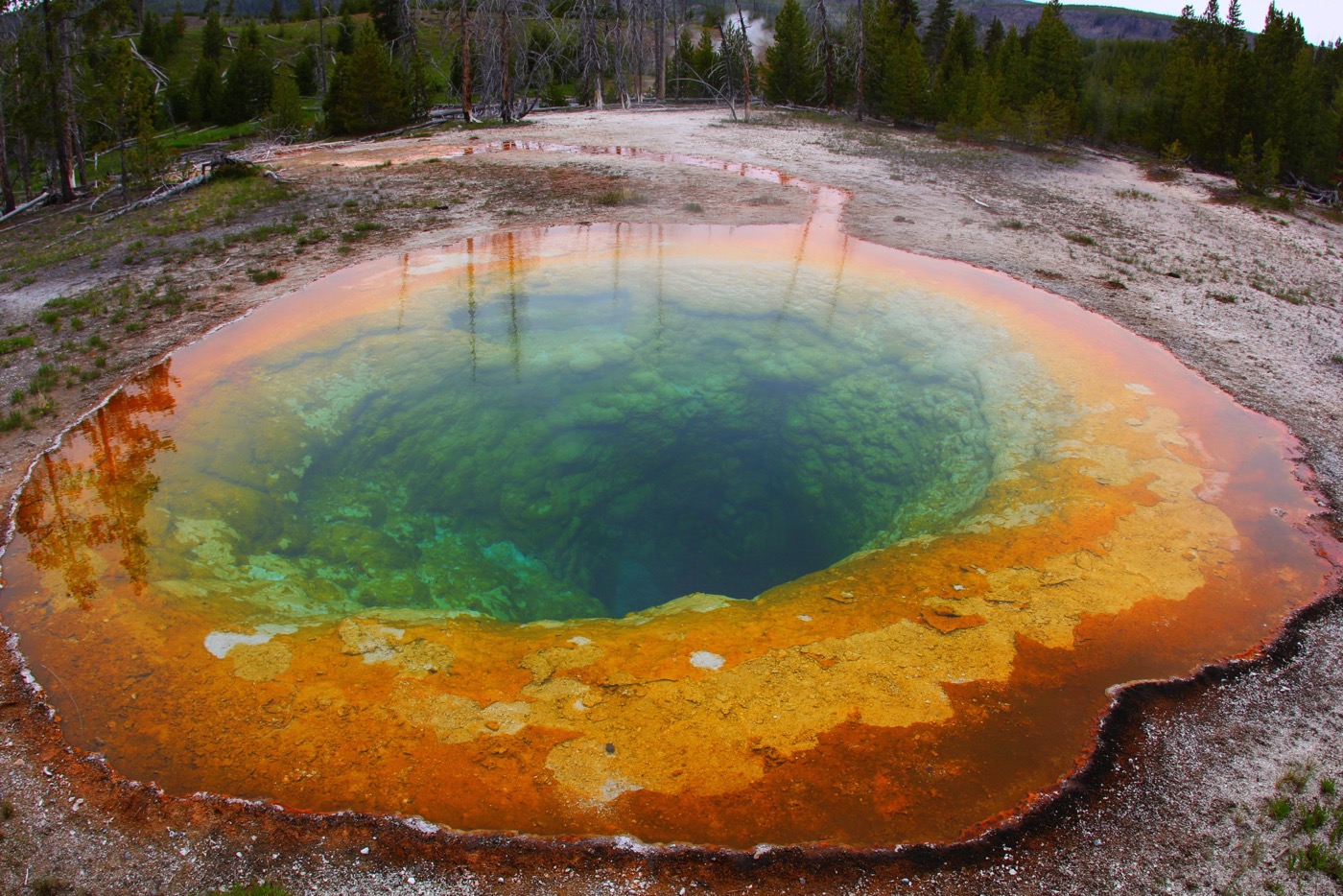 The physiographic provinces that occupy the eastern third of the country range from New England to Texas, wrapping around the Gulf of Mexico. These provinces can easily be split into three regions: (1) provinces associated with the building of the Appalachian Mountains, (2) provinces built by much older orogenies in the Northeast, and (3) provinces created from more recent passive accumulation of sediments along the coast.

The Appalachian Mountains are the product of multiple collisions with small island chains during the Paleozoic, culminating with a collision with the supercontinent of Gondwana during the formation of Pangaea. These ancient mountains have been significantly eroded down to rolling hills that span most of the Southeastern United States as seen in Great Smoky Mountains National Park (Figure 4). The Appalachian Mountains can be further divided into four distinctive physiographic provinces based on their topography and geology. The center of the Appalachian Mountains is called the Valley and Ridge Province, which is composed of highly folded and faulted sedimentary rock. Fossils within these rocks indicate that they are Paleozoic in age, with thick and resistant Pennsylvanian-age sandstones forming its ridges while weaker Devonian and Cambrian shales form its valleys. To the east of the Valley and Ridge is the Blue Ridge Province, which was uplifted along with the Valley and Ridge but is composed of much older igneous and metamorphic rock. Absolute dating of these rocks indicates that the Blue Ridge was formed during the Proterozoic and later deformed during the Middle Paleozoic. The topography between these two provinces differs with the more uniform rocks in the Blue Ridge producing random peaks, valleys, and ridges as opposed to the resistant and non-resistant rocks of the Valley and Ridge, which produce more uniformly parallel ridges. 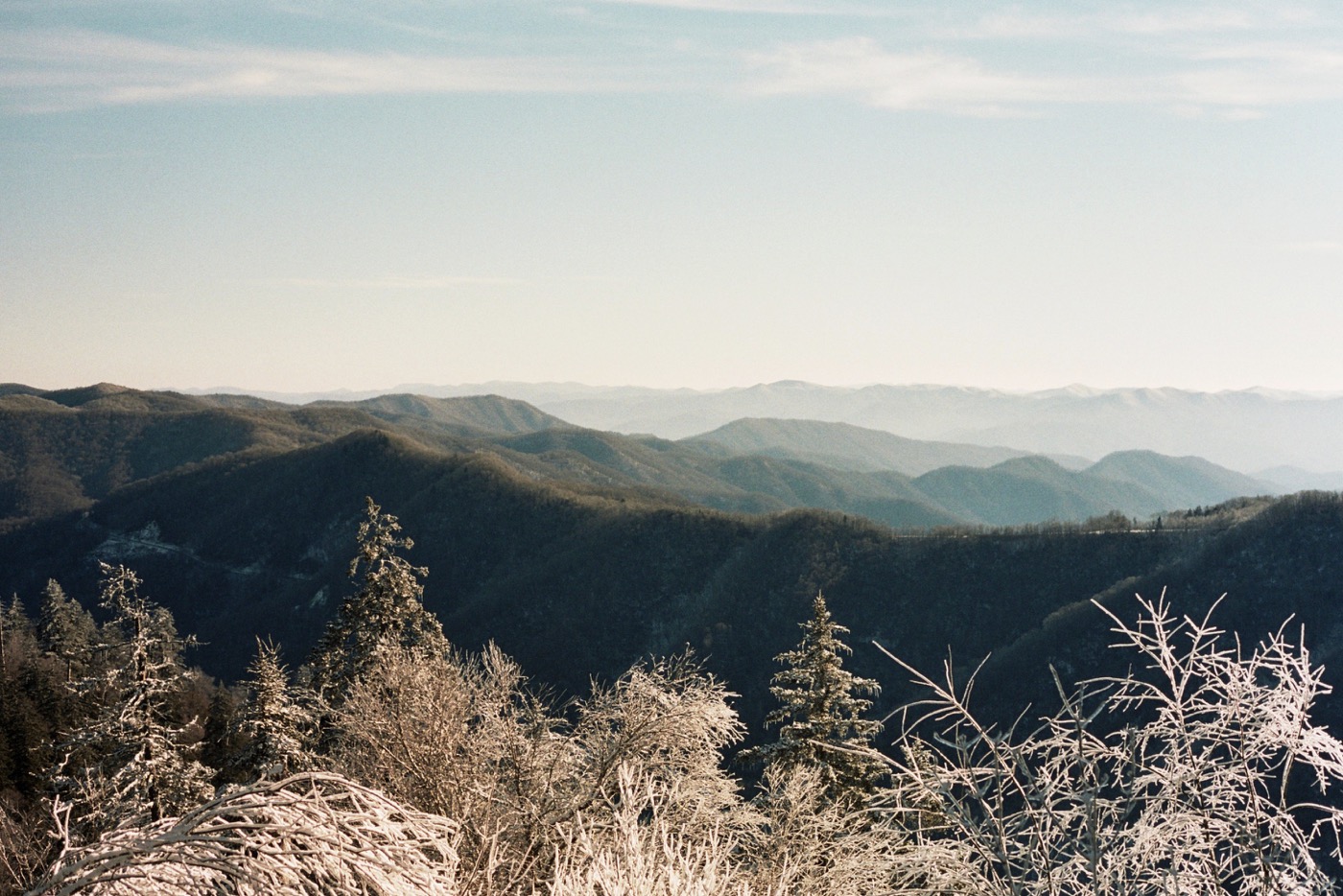 Southeast of the Blue Ridge is the Piedmont Province, which is typified by much lower, rolling hills along with small isolated mountains such as Stone Mountain in Georgia (Figure 5). The Piedmont is composed of igneous and metamorphic rock from the cores of long eroded mountain chains ranging from the Proterozoic to the end of the Paleozoic period. On the adjacent west side of the Valley and Ridge province is the Appalachian Plateau, which is an uplifted and largely undeformed region analogous to the Colorado Plateau. The rocks in this province are similar in age and lithology to those in the Valley and Ridge, but the preservation of fossils is enhanced because of the absence of extensive folding and faulting. In addition, the Appalachian Plateau contains abundant geological resources, including coal in West Virginia and iron in Alabama. 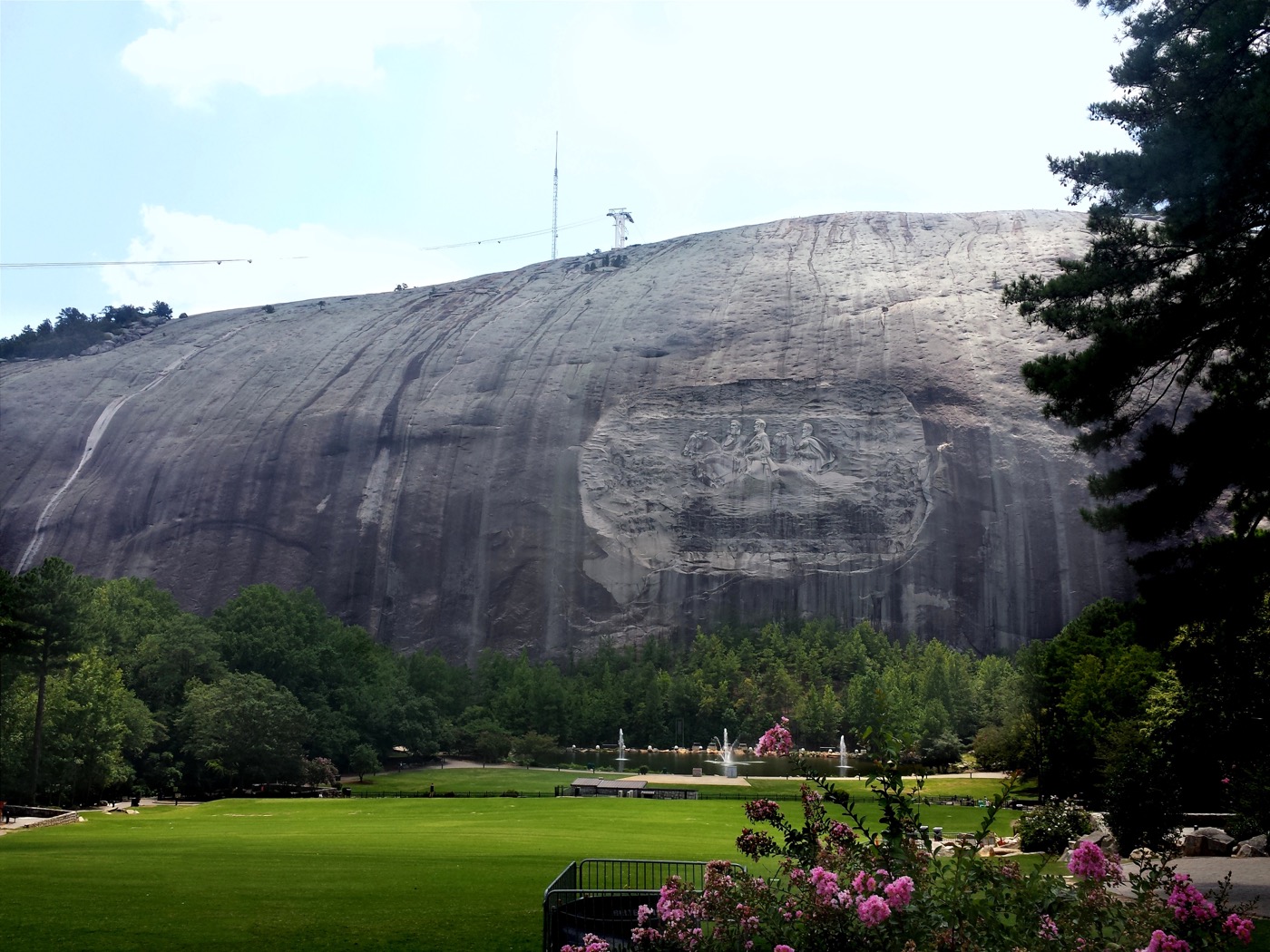 The physiographic provinces in the northeastern United States are very similar to the Piedmont and Blue Ridge Provinces. The New England Province is similar to the Piedmont in that it is composed of Late Proterozoic and Paleozoic intrusive igneous and metamorphic rocks. The major difference between these two provinces is in their history following exposure, with the New England Province showing extensive weathering and erosion from glaciers that is absent from its southeastern counterpart. The Adirondack Mountain Province located in upstate New York is similar to the Blue Ridge in that they are both composed of igneous and metamorphic rock. However, the Adirondacks are fairly unique considering that they are a circular rather than linear range of mountains. The rocks themselves are billion-year-old remnants of the building of a Proterozoic supercontinent called Rodinia. The actual mountains in the range are quite young and represent Late Cenozoic uplift, which exposed these ancient rocks.

The last eastern physiographic province is the Coastal Plain that spans a vast area along the Atlantic Ocean and Gulf of Mexico from New England to Texas. This province is composed of the sediment that has accumulated since the rifting of Pangaea when the eastern edge of the continent became tectonically inactive. The sediment was derived from the continent and was deposited in shallow marine sedimentary environments with abundant, mature sediment and marine fossils.

The central third of the country is mostly flat, undeformed, and dominated by sequences of sedimentary rocks. We separate this broad expanse into two physiographic provinces based largely on the source of the sediment. The Interior Lowlands Province covers the Midwestern states and consists largely of undeformed Paleozoic marine rocks (limestones and shales) that have been since carved and shaped by the activity of glaciers and rivers. This description may not seem as geologically exciting as those to the east or west, but spectacular cave developments can occur in these marine limestones, such as those from Mammoth Cave, Kentucky (Figure 6). To the west of the Interior Lowlands Province is the Great Plains Province, which is composed of sediments that eroded from the Rocky Mountains and are, therefore, substantially younger (Mesozoic and Cenozoic) with a higher proportion of clastic material. As with Interior Lowlands, the Great Plains have since been shaped by glaciers and rivers.