Minerals form under an enormous range of geologic conditions. There are probably more ways to form minerals than there are types of minerals themselves. Minerals can form from volcanic gases, sediment formation, oxidation, crystallization from magma, or deposition from a saline fluid, to list a few. Some of these methods of mineral formation will be discussed below.

A rock is a collection of minerals. Imagine a rock that becomes so hot it melts. Many minerals start out in liquids that are hot enough to melt rocks. Magma is melted rock inside Earth, a molten mixture of substances that can be hotter than 1,000oC. Magma cools slowly inside Earth, which gives mineral crystals time to grow large enough to be seen clearly (Figure  below). 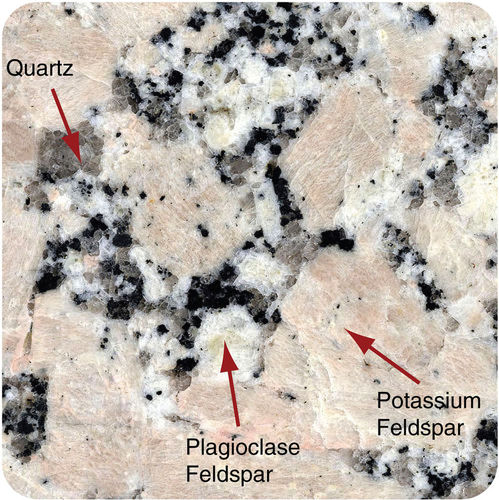 When magma erupts onto Earth’s surface, it is called lava. Lava cools much more rapidly than magma when it is below the surface. In a cooling lava, mineral crystals do not have time to form and are very small. The chemical composition will be the same as if the magma cooled slowly.

Existing rocks may be heated enough so that the molecules are released from their structure and can move around. The molecules may match up with different molecules to form new minerals as the rock cools. This occurs during metamorphism, which will be discussed in the chapter “Rocks.”

Water on Earth, such as the water in the oceans, contains chemical elements mixed into a solution. Various processes can cause these elements to combine to form solid mineral deposits.

When water evaporates, it leaves behind a solid precipitate of minerals, as shown in Figure  below.

When the water in glass A evaporates, the dissolved mineral particles are left behind.

Water can only hold a certain amount of dissolved minerals and salts. When the amount is too great to stay dissolved in the water, the particles come together to form mineral solids, which sink. Halite easily precipitates out of water, as does calcite. Some lakes, such as Mono Lake in California (Figure  below) or The Great Salt Lake in Utah, contain many mineral precipitates. 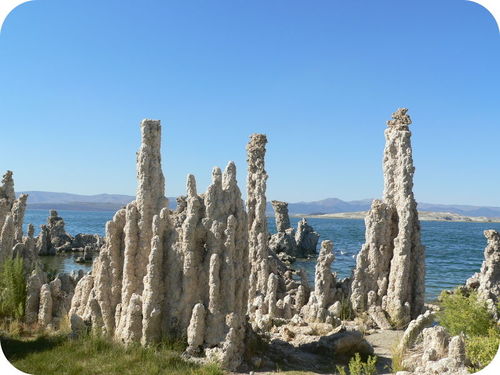 Tufa towers form when calcium-rich spring water at the bottom of Mono Lake bubbles up into the alkaline lake. The tufa towers appear when lake level drops.

Magma heats nearby underground water, which reacts with the rocks around it to pick up dissolved particles. As the water flows through open spaces in the rock and cools, it deposits solid minerals. The mineral deposits that form when a mineral fills cracks in rocks are calledveins (Figure  below). 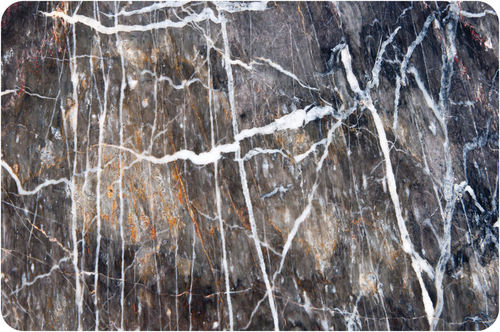 Quartz veins formed in this rock.

When minerals are deposited in open spaces, large crystals form (Figure  below). 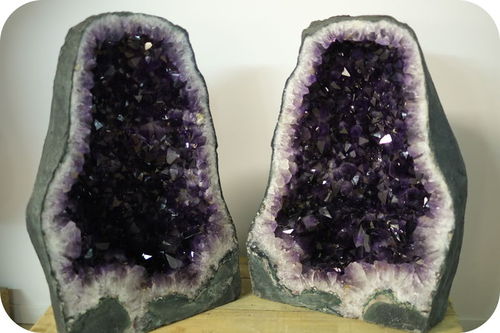 Amethyst formed when large crystals grew in open spaces inside the rock. These special rocks are called geodes.