The phylum Mollusca is defined by several special characteristics.  These defining characteristics include a mantle with a mantle cavity, a shell (except where lost), visceral mass, foot, and radula. The odontophore is in the mouth of most mollusks and it supports the radula (a ribbon of teeth). In many molluscs, it moves forward while the radula contacts the food, allowing the mollusc to feed. Mollusca can be found in freshwater, marine and terrestrial habitats.  More features of molluscs include bilateral symmetry, soft or unsegmented bodies, respiration via ctenidium, ganglia/nerve comprised nervous system, haemocoel body cavity, etc. [1].

Although when most people think of a mollusc they imagine a typical clam or snail with the shell on the exterior of the organism, there are actually variations of these characteristics. One example of this is the Flamingo Tongue. The Flamingo Tongue is a small marine snail. It is a fascinating organism, in that their mantle, when they are at rest, covers the outer shell on the exterior of the organism.  When threatened the Flamingo Tongue will retract all of the exposed tissue back into the shell in a very interesting manner. 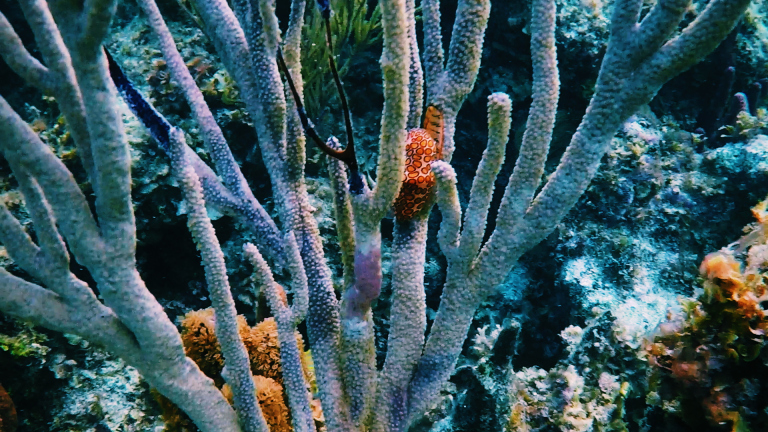 Chitons are the common name for species in the Class Polyplacophora. Chitons are considered more primitive in relation to other groups within the phylum such as bivalves or cephalopods. There are 8 dorsal plates lining the dorsal surface of these organisms. There are many primitive species of the class Polyplacophora that are still extant.  However, only a few species of Monoplacophorans still exist in the world today. “Dorsal side of chiton specimen under dissection microscope 2019” by Jason Charbonneau [CC by 4.0]

Gastropoda is a very diverse class of molluscs. The subclass Prosobranchia, are often identified by their coiled, cone shaped or tubular shells [1].  The mantel cavity is typically located on the anterior of the organism.  Important distinctions of these organisms are the variations or the absence of radula.  These organisms utilize Nephridia for excretion of nitrogenous waste. One characteristic of gastropods is the presence of a calcareous operculum.  This structure acts as a shielded plate that protects the organism by covering the opening when it is retracted into its shell.

In the photo below, the dark oval in the center is the operculum. They are calciferous and rough to the touch, protecting the opening to the shell like a man-hole cover. “Gastropod under dissection microscope” by Jason Charbonneau [CC by 4.0]

Nudibranchs are typically categorized as sea snails which lack shells.  Often they are richly colored and captivating to the eye.  Their magnificent beauty is the result of aposematism which is the bright coloration exhibited by these organisms that warns predators that they are toxic, distasteful or dangerous.  The toxicity of these organisms differentiates from species to species, with some being exponentially more dangerous than others. Their toxicity is usually contingent upon their evolutionary specialization and their genus’s specific niche. 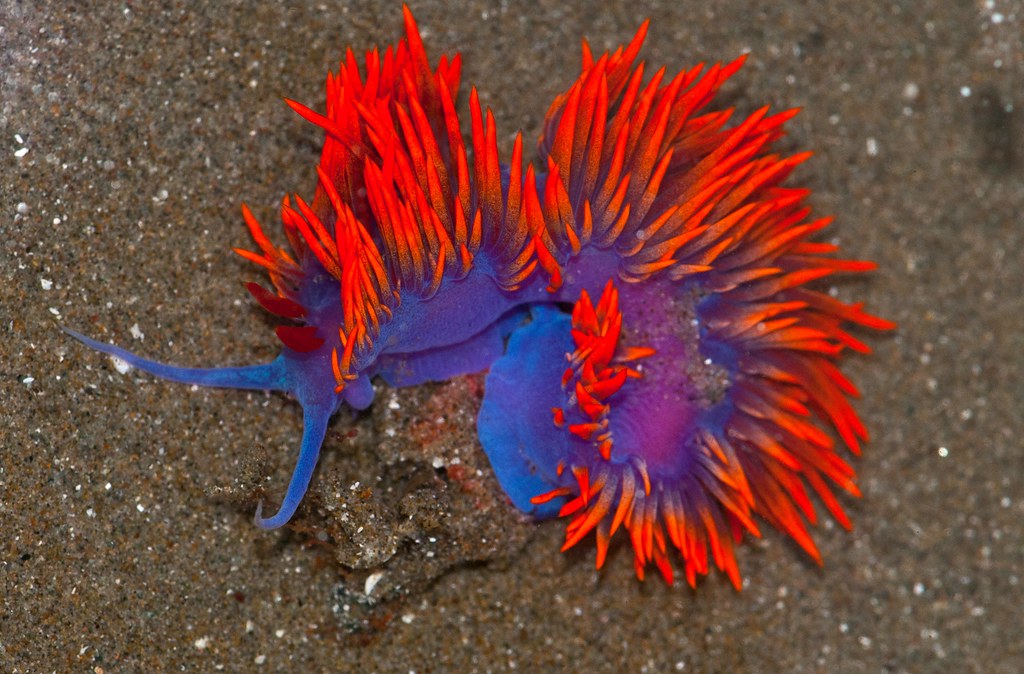 Class Bivalvia consists of molluscs that have two connected shells such as Oysters, Clams, Mussels, Scallops and many more.  Most bivalves are enjoyed as delicacies, despite the fact that they are benthic level filter-feeders.  As others in the phylum Mollusca, bivalves have a shell that is made up of deposits of Calcium Carbonate.  These deposits are derived from substances in the water and harden over-time. Visible among the many aspects of an open clam are the posterior and anterior adductor muscles.  The function of these muscles is to hold the shell closed as a defense from predators.  The strength of these muscles given their relative size is immense. The mantle is a layer of tissue that overlays the visceral mass of these organisms and is directly connected to the shell.  The foot of the bivalve is directly responsible for its movement.  The muscular foot will emerge when the shell is opened and pushes the organism along or into the benthos or substrate.

Cephalopods exhibit several similarities but also distinguishable differences from other molluscs.  They sometimes exhibit a calcium carbonate shell. Squids and Octopus lack this feature, but the more primitive Nautilus does have this feature. Species in the Class Cephalopoda contain a large closed circulatory system and prehensile arms/tentacles that encompass a mouth, complete with a beak and radula.  One of the most important evolutionary aspects of these organisms are their large complex eyes. These eyes are specialized for improved sight at depths where little ambient light reaches.  The mantle of these organisms forms a sizable ventral cavity containing ctenidia. A portion of the mantle also forms a muscular funnel.  Water is taken up and forced through these chambers under pressure creating a unique form of jet propulsion. There are over 900 living species of cephalopods that inhabit the world today. 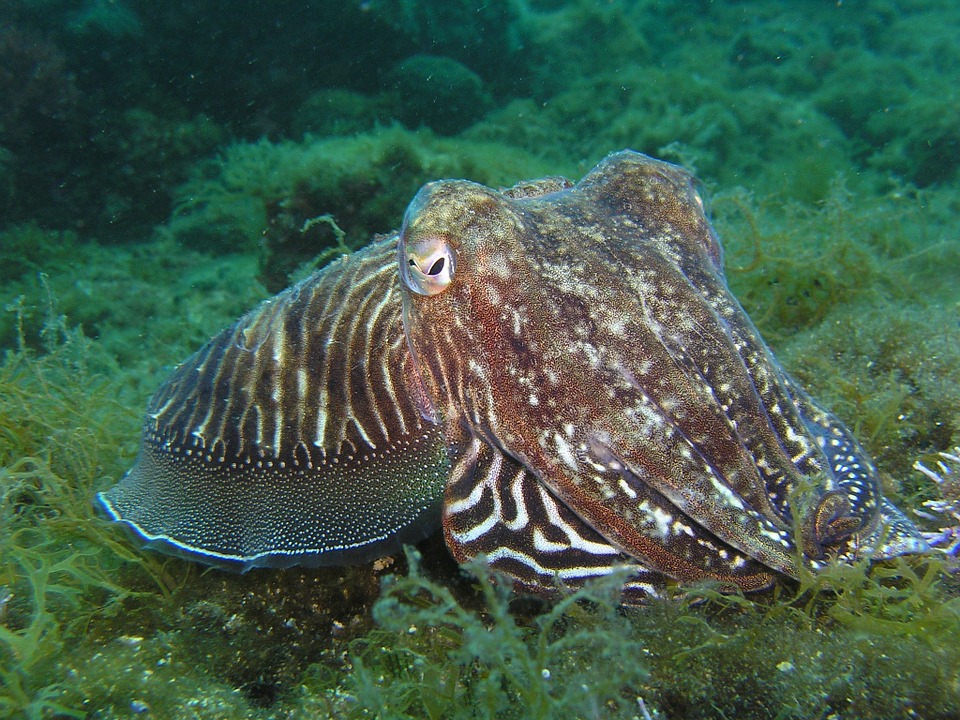