Though the methods and purposes at the center of what thrusts humanity into oceanic exploration have greatly varied throughout human history, such exploration has allowed for a better understanding of the vast space that is our oceans. It wasn’t until the early 1800s, that President Jefferson funded the United States Coast survey for ocean exploration (NOAA). In 1872, Challenger Expedition conducts the first oceanic expedition. On this mission, salinity, density, temperature and hundreds of new species were discovered and looked at for the first time (NOAA). In 1912, with the sinking of the Titanic in the deep seas, prompted the need to develop ways of exploration using acoustics, so objects could be detected before making contact with a ship. This was accelerated during WWI, with both sides devising ways of being able to detect enemy submarines (National Geographic). 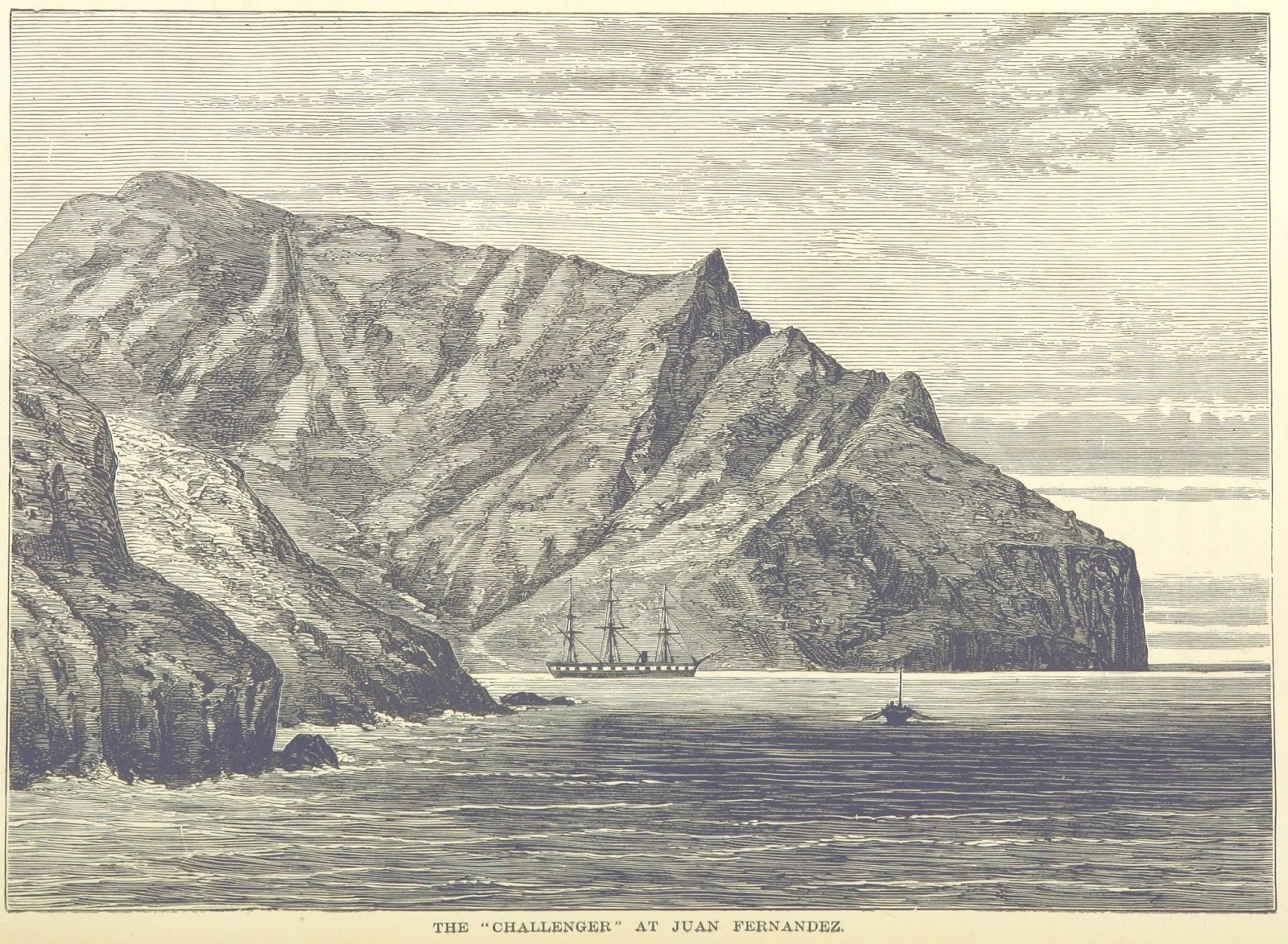 The Challenger at Juan Fernandez (Wikimedia)

Mapping of the seafloor is typically done by measuring the water depth at a certain point, which was historically done using a "lead line". This process was extremely time consuming and inaccurate. Advanced seafloor mapping became possible in the 1920s due to the advent of underwater sound projectors (called "sonar") (NOAA). The technology was created in order to allow allied ships to combat German U-boats, precursors to modern submarines, by projecting sound through the ocean and measuring amounts of echolocation (OIC). This could give users distance and direction measurements of underwater objects.

Post World War 1, the Coast and Geodetic Survey (which would later become NOAA) turned the military tech down into the depths to allow them to begin mapping the western coast of text Atlantic, producing the first detailed maps of the ocean floor (NOAA). Even with the advance of this technology, mapping the seafloor was still a difficult task, as early sonar systems could only take depth measurements directly below the vessel, making mapping a tiresome process of moving back and forth over the surface and connecting individual data points together.

As countries throughout the globe plunged into a second world war, significant advancements in sonar technology that allowed for more accurate and improved measurements of the ocean floor. The data that was acquired from such systems was crucial in the construction of maps that included key features such as mid-ocean ridges and deep-sea trenches (NOAA). In the 1970s, methods became more accurate and efficient when the US Navy declassified "multi-beam" sonar, which allowed research vessels to make more accurate and larger images of the ocean floor. This, along with the increase of computer processing power, has allowed researchers to collect large amounts of data and quickly compile them into detailed and accurate maps. 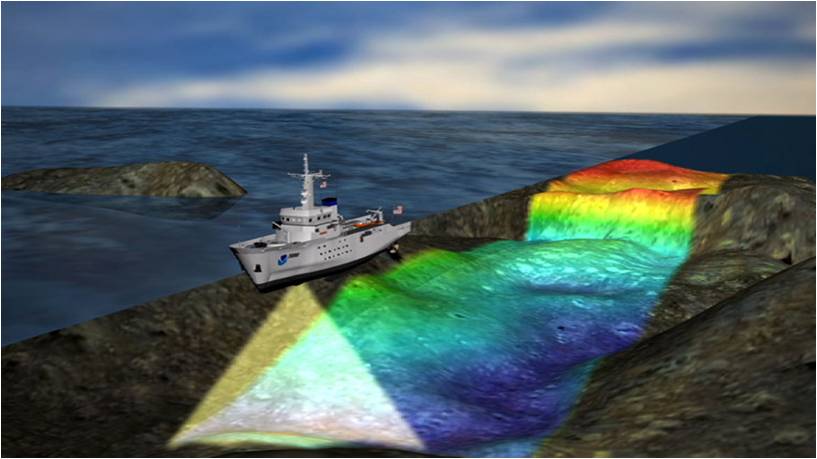 The first American submersible vehicle was called “Turtle.” In Saybrook, Connecticut 1775, David Bushnell and his brother constructed a small, wooden egg-shaped submarine that was effectively used in naval combat (the first to do so) in the New York Harbor (1776). Over a century of technological advancements later, in November 1879, the Reverend George W. Garrett designed the “Resurgam;” the first modern submarine was powered by a Lamm steam engine and could travel for nearly ten hours using power stored in an insulated tank. 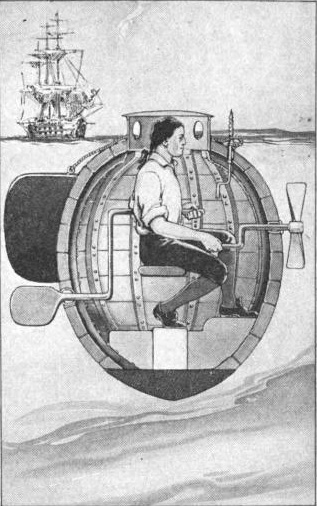 With submarine evolution came the development of AUV’s, which commenced in the 1960s. During the 1970s, many testbeds were developed in hopes of experimenting with technology to explore and define the potential of AUV’s. For example, the University of New Hampshire’s Marine System Engineering Laboratory collaborated with efforts at the US Navy’s facility in San Diego to develop an open space-frame AUV, the EAVE. Subsequently, the Institute of Marine Technology Problems, Russian Academy of Sciences initiated their AUV program with the development of SKAT vehicles and the first deep-diving AUVs L1 and L2. Generally, there are two types of AUV’s, manned and unmanned systems, both of which are primarily used for military missions and underwater investigations and assessment, and data gathering. As software systems and engineering advanced, funding expanded, and technologists converged (like at the 1980 international symposium for submersible of technology), AUVs finally were able to grow into first-generation operational systems capable of accomplishing defined objectives. New systems including the Autonomous Oceanographic Sampling System provided resources essential to the AUV market commercialization that flourished from 2000-2010. In terms of AUV technology, systems have constantly changed in accordance with addressing new technology problems or findings.

Over the past three decades, the industry has majorly focused on the following technologies: autonomy, energy systems/energy management, 3D imaging, navigation, processing, sensors, and communications. In the area of ocean science, vehicles such as ABE, AUTOSUB, and others have successfully gathered scientifically significant data. The technology constantly evolves, as new sensors for oceanography are being developed for future data acquisition programs. In addition, the US Navy is supporting a coordinated effort called the AOSN, with the goal of creating a network of multiple AUVs to obtain oceanographic data and information in temporal and spatial resolutions. 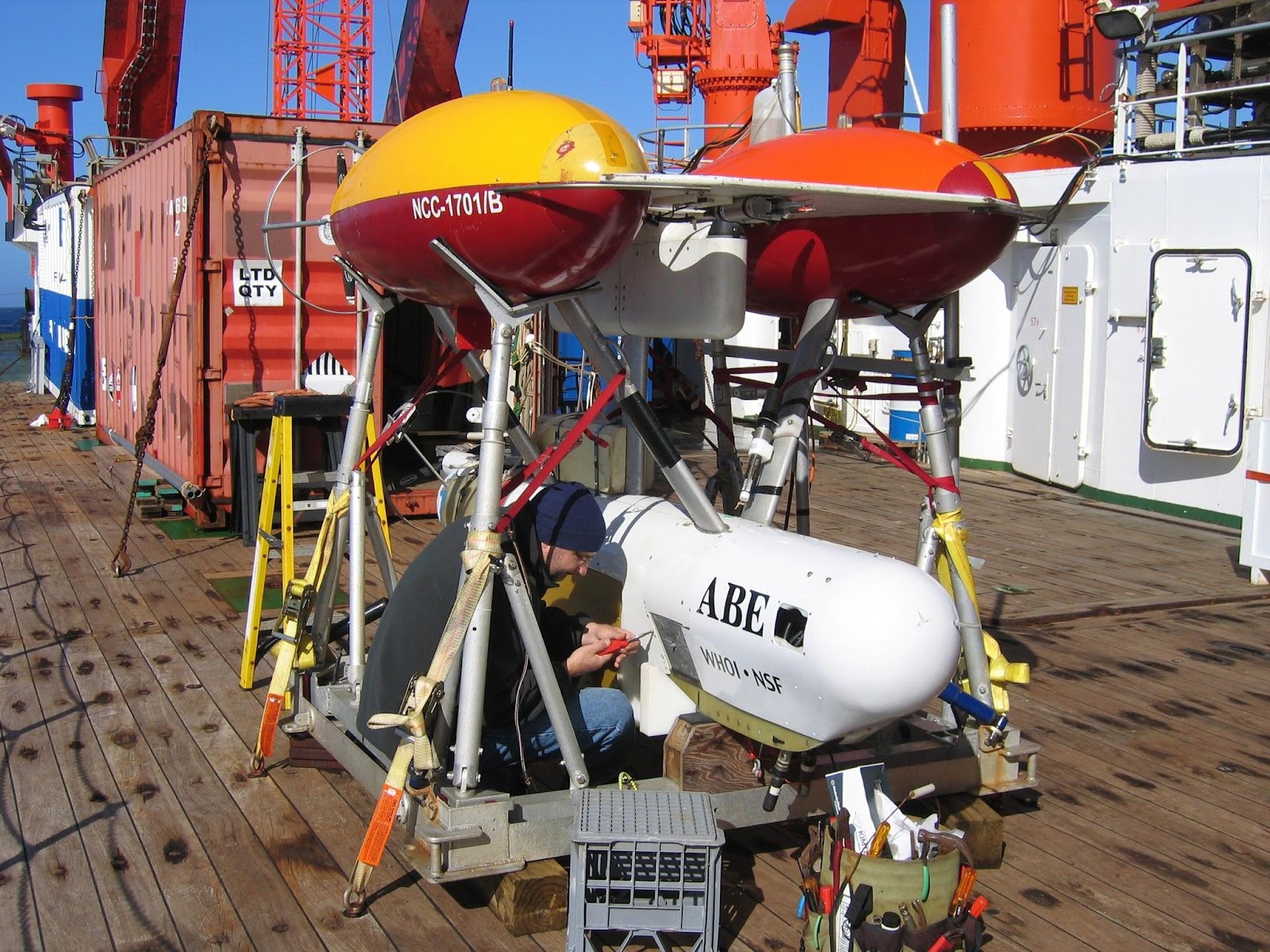 In 1966, a collaboration between the National Science Foundation and The Regents, and the University of California began. The goal was to start an oceanic drilling project for the purpose of studying the ocean floor and finding any evidence of plate tectonics. The result of this collaboration was the Golmar Challenger, which left the port of Orange, Texas in 1967. The four hundred foot long ship was equipped with enough laboratories, living quarters, and mess halls to accommodate hundreds of crew members. However, the most notable part of the ship was its drill. It was capable of reaching depths of 20,000 feet underwater, which gave scientists a chance to obtain samples that could not have been collected before. 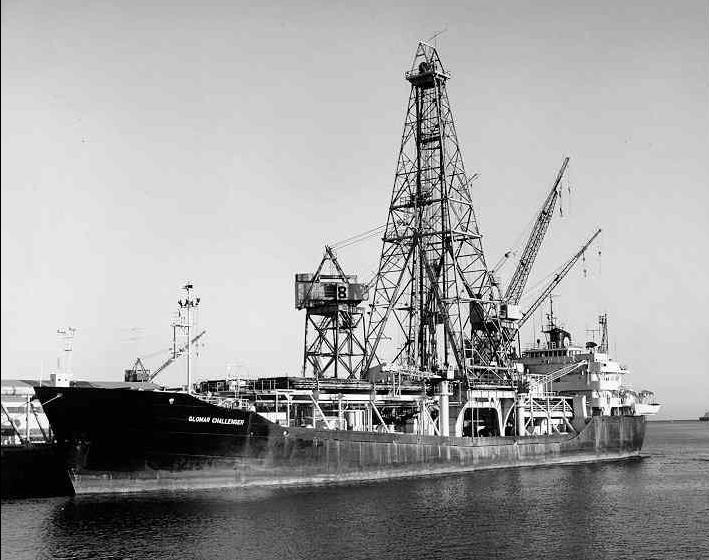 The ship and its crew began its first thirty months coring and drilling in all major oceans and as well as the Red and Mediterranean Seas. The core samples themselves were 30 feet long and 2.5 inches in diameter. With being such an advanced means of sampling at the time, the crew found some of the most important discoveries in oceanography. Their efforts allowed the discovery of salt domes, and in turn, oil at the bottom of the ocean. When the crew drilled at mid-ocean ridges, scientists on board found that parts of the ocean floor were only 200 million years old. This meant that the seafloor was being recycled since Earth’s oceans formed, providing substantial evidence for seafloor spreading and continental drift. With over 300,000 nautical miles traveled, 19,000 cores collected, and approximately 600 sites investigated, The Golmar Challenger retired in 1983. However, in 1985, the project continued under the new titles of the Ocean Drilling Program and the International Ocean Drilling Program. In place of the Golmar Challenger was the JOIDES Resolution, an even larger ship with more advanced drilling equipment. To this day both the programs and JOIDES Resolution continue to operate, taking samples from all over Earth’s oceans. Sample cores from these ships are stored in research centers all over the world and are considered priceless by many oceanographers. 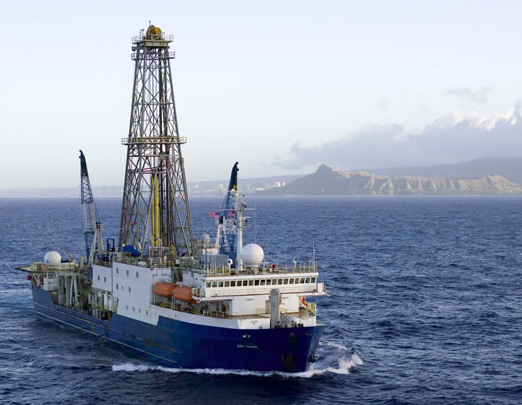 The JOIDES Resolution, still in use to this day. (Wikipedia) 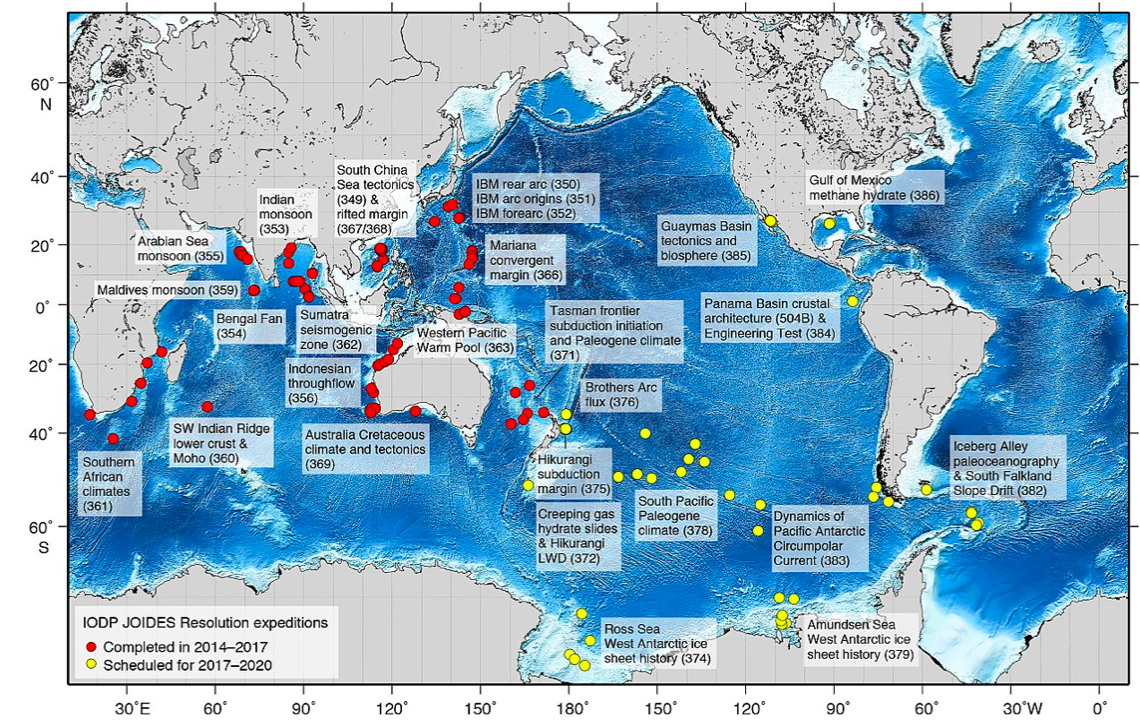