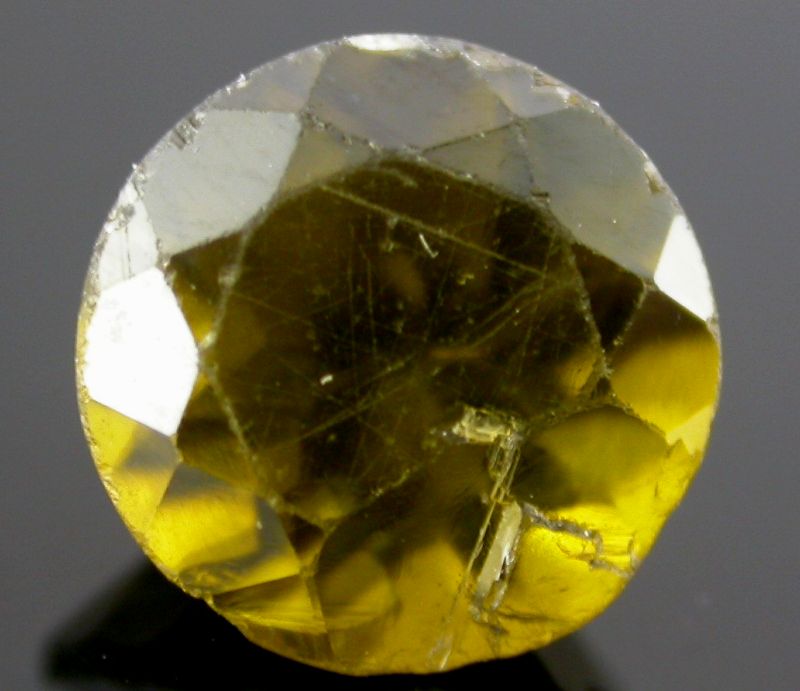 FeCO3 - iron carbonate.
Siderite belongs to the calcite group and forms series with rhodochrosite and magnesite.

This stone is too soft to be cut and is hence rarely faceted as a gemstone. As it is a carbonate, it would give effervescence (bubbling) when in contact with acids; strong eye visible doubling due to the high birefringence. Siderite, like most carbonates, is highly birefringent.

Optic nature: birefringent, uniaxial negative.
Refractive index: nω = 1.875, nε = 1.633.
Maximum birefringence: 0.240.
On a gemological refractometer, only the extra-ordinary ray may be observed. The shadow edge (of the extra-ordinary ray) will move while there is no constant ordinary reading (above the range of the refractometer). Care should be taken not to mistake the constant shadow of the liquid for the real ordinary ray.

Strong doubling of inclusions and pavilion facet edges due to very high birefringence.