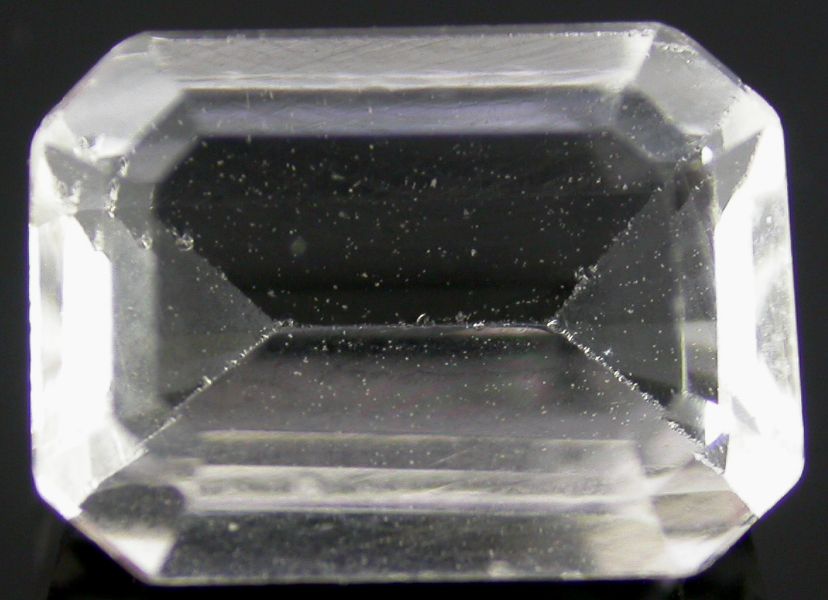 Danburite was named for the town of Danbury, Fairfield County, Connecticut, where it was first reported in 1839. This initial discovery was of no gemological interest, but by 1880, an additional occurrence in Russell, St Lawrence County, New York was producing facetable rough. Although danburite is now known from many localities around the world, only a few have produced material of sufficient clarity to be facetted.

Danburite may be confused with topaz, tourmaline, andalusite and apatite.

Topaz will have lower readings in RI but a higher birefringence.

The majority of danburites fluoresce a blue-white color in longwave ultraviolet radiation. This must not, however, be considered wholly diagnostic.

Danburite may show a rare earth spectrum due to didymium (lines in the yellow).

Danburite may turn pink on irradiation.

Danburite occurs in pegmatites and in carbonate rocks that have been metamorphosed and exposed with hydrothermal activity.

Large quantities of water-clear to pale-pink danburite have been obtained from Charcas, San Luis Potosí, Mexico since the late 1950's; Mogok, Mandalay Division, Myanmar (Burma), has produced rough exhibiting a very pleasing straw-yellow or golden color; and distinctly golden-brownish to straw yellow to amber-yellow rough has been obtained from the Anjanabonoina pegmatites and the Madagascar Sahatany Pegmatite Field and other sites in Antananarivo Province, Madagascar. Sherry to golden colored danburite rough has been produced from Dal'negorsk (Dalnegorsk), Primorskiy Kray, Russia.