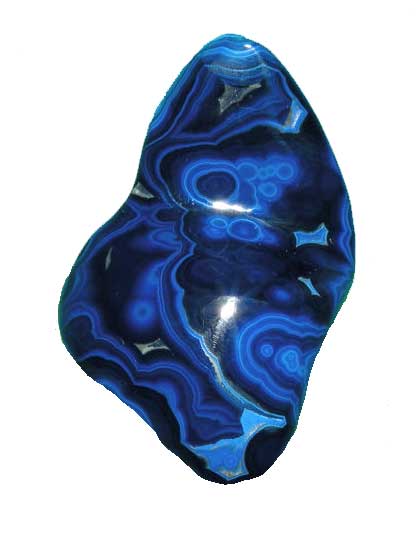 Azurite forms directly from the oxidation of copper ore. Azurite (blue) and malachite (green) are often found together because azurite tends to alter into malachite. Because of azurite's intense blue color, it was once used as a pigment for oil paints. Unfortunately, time has caused those originally blue skies and bodies of water to go decidedly green. In ancient Egypt, azurite paint was used by temple priests to paint and decorate the Third Eye on their foreheads believing that it increased their powers. The ancient Chinese revered azurite as the Stone of Heaven, able to open spiritual doorways.